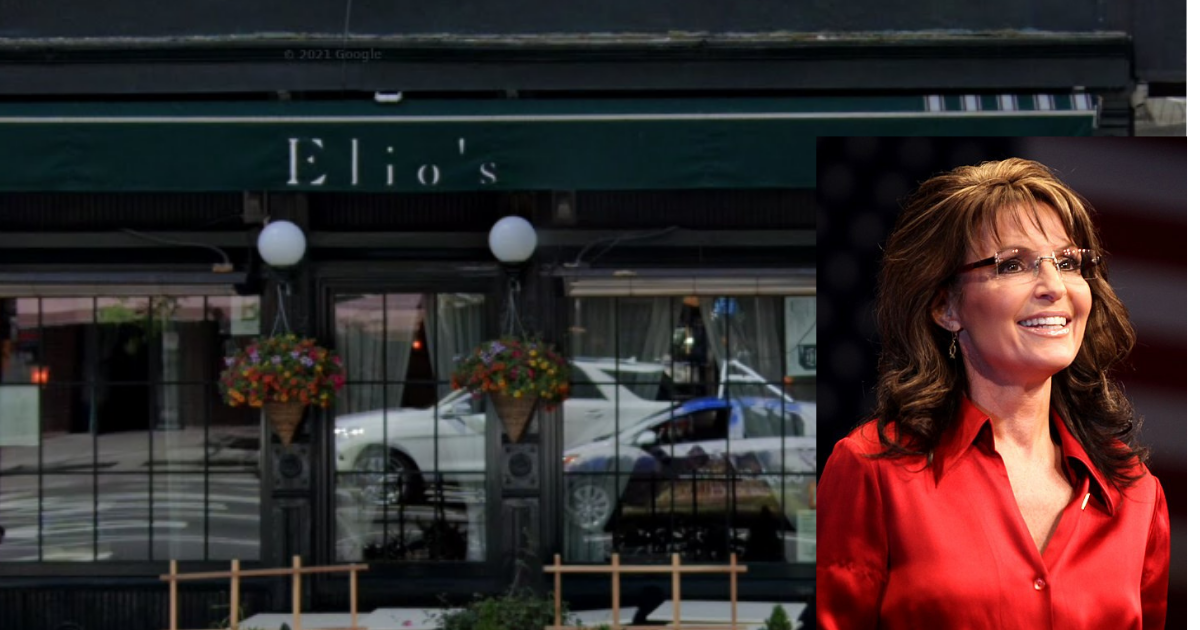 Sarah Palin, the unvaccinated former governor of Alaska, was spotted dining on the Upper East Side on Saturday. The New York Times reports that Palin enjoyed a meal at Italian restaurant Elio’s, located at 1621 Second Avenue between 84th and 85th streets, before testing positive for COVID on Monday.

Established in 1981 and self-described as a popular spot for “people-watching opportunities,” an Elio’s restaurant manager told the Times “We just made a mistake,” and that “She probably just walked in and strolled over.” The same manager says the restaurant has been notifying customers that they’ve been exposed, and that all staff members are being tested this week.

The restaurant manager further noted that they only check the vaccination status of first-time guests, and not regulars, and that Palin had been dining with a regular. Though that doesn’t explain why Palin wasn’t asked to show a vaccine card.

Brian Schwartz of CNBC chimed in, tweeting about his recent Elio’s experience which did not include a request for vaccination proof (though he didn’t mention whether or not he’s a regular). He also spotted Tom Selleck dining at a table nearby.

Palin was apparently in NYC to go to court for her defamation lawsuit against the Times. The lawsuit, which was filed in 2017, “alleges that The Times defamed her with an editorial that incorrectly asserted a link between her political rhetoric and a mass shooting near Tucson, Ariz., in 2011 that left six people dead and 14 wounded, including Gabrielle Giffords, then a Democratic member of Congress.”