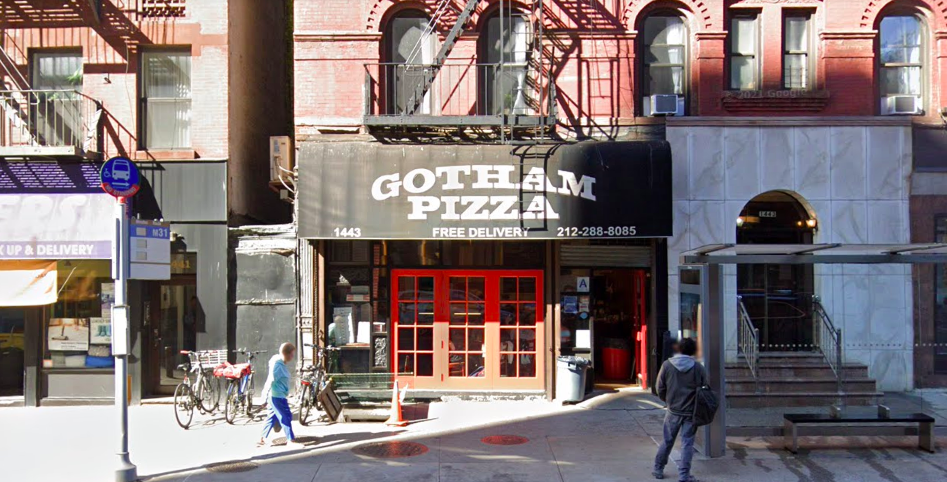 A mini pizza chain with two locations on the Upper East Side has failed to pay its workers properly, according to a press release from the Office of the Attorney General (OAG).

Gotham Pizza and its owner, Michael Shamailov, intentionally and knowingly cheated at least ten employees out of proper minimum wage, tips, and overtime pay between 2016 and 2019 at its three current locations in Manhattan, according to the AG.

Attorney General Letitia James announced last week that she recovered $175,000 owed to those employees, after her office found that Shamailov and the pizza shop violated New York’s labor laws.

Under New York State Law, employers must pay covered employees at least minimum wage and 1.5 times that amount for any hours worked over the traditional forty. The State’s investigation interviewed twelve employees – delivery persons, chefs, waiters, and bussers – and found that “at least 10 employees were paid under minimum wage, between $6 to $10 per hour when they should have been paid $11 to $15. In addition, they were never paid any overtime after working more than 40 hours per week and did not receive full tips,” according to the OAG. Gotham Pizza also failed to keep proper payroll records and workers were not provided with wage statements.

In addition to the $175,000 owed to employees, Gotham Pizza must also submit compliance reports – signed under oath – with payroll informational to the Office of the Attorney General, according to the assurance of discontinuance agreement between the State and Shamailov.

The OAG reserves the right to bring a civil action against Gotham Pizza if it fails to comply with the terms of the agreement and will conduct “spot interviews” with employees to confirm that they are being paid what they are rightfully owed, according to the April 29 press release.

The Attorney General has been busy keeping an eye on the Upper East Side. In January 2022, her office warned a COVID-19 testing company that it needed to conform its signage to accurately reflect the actual wait time for test results. PacGenomics, whose pop-up tents pervaded the neighborhood during the Omicron surge, guaranteed results in as little as 24 hours but were said to be taking up to ten days.

More recently, New York County State Supreme Court held Donald Trump in contempt of court and ordered him to pay $10,000 a day for every day that he fails to provide business documents to James’ office as part of a wide-ranging fraud investigation. One of the properties caught up in the investigation is Trump Park Avenue at 502 Park Avenue (between East 59th and 60th streets).  The OAG believes Trump’s valuation process of this property, his brand, and other holdings was inaccurate and misleading and led ill-gotten financial gains and benefits.