It was reported by several media outlets, and confirmed by police, that a violent altercation took place at an Upper East Side mosque on Monday afternoon.

The incident occurred at the Islamic Cultural Center School, located at 222 East 97th Street between Second and Third avenues. 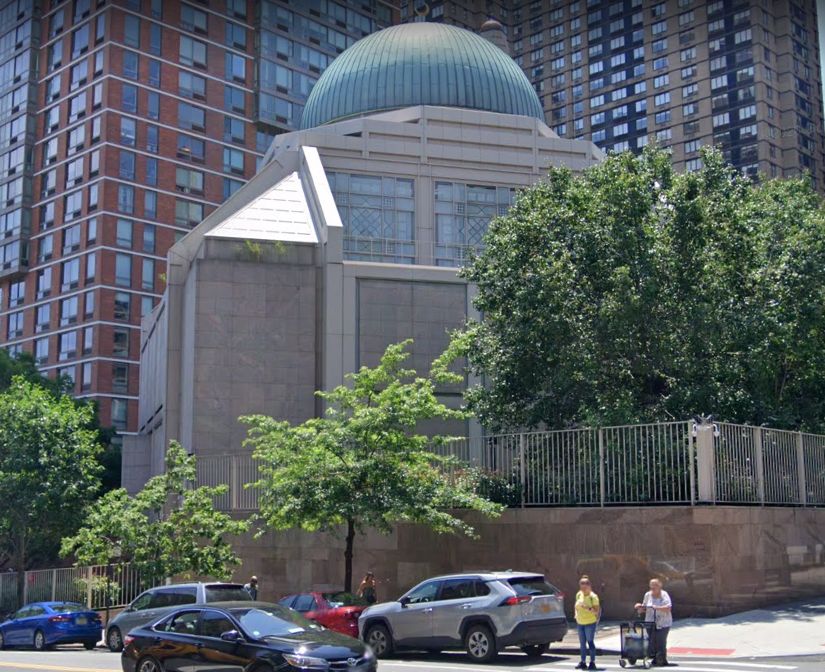 Police say that following a verbal dispute, a 29-year-old man struck a 60-year-old man in the face, “causing pain,” and “bit his finger.” The 60-year-old was taken to St. Luke’s Hospital.

Several witnesses told amNew York — which appears to have been the first publication to report this story — that the suspect also pepper sprayed multiple people who required medical assistance as a result. In addition, “…The suspect bit off the tip of a 60-year-old man’s finger, leaving a trail of blood inside and outside the mosque,” the publication added.

While an eyewitness told amNewYork that “he recognized both men as previous visitors to the house of worship,” the NY Daily News says the younger man was not a congregant of the mosque.

On Tuesday afternoon, NYPD sources confirmed with East Side Feed that Zachary Davinci, 29, had been arrested and charged with assault and harassment. Police also confirm that this is not being treated as a hate crime, as “the victim and suspect are of the same faith,” Pix11 reports.

Davinci, who is being represented by The Legal Aid Society, is due to return to court on October 31.