The publication shared photos and videos of workers from multiple agencies tending to the chasm – which it reports extended 20 feet below the ground. 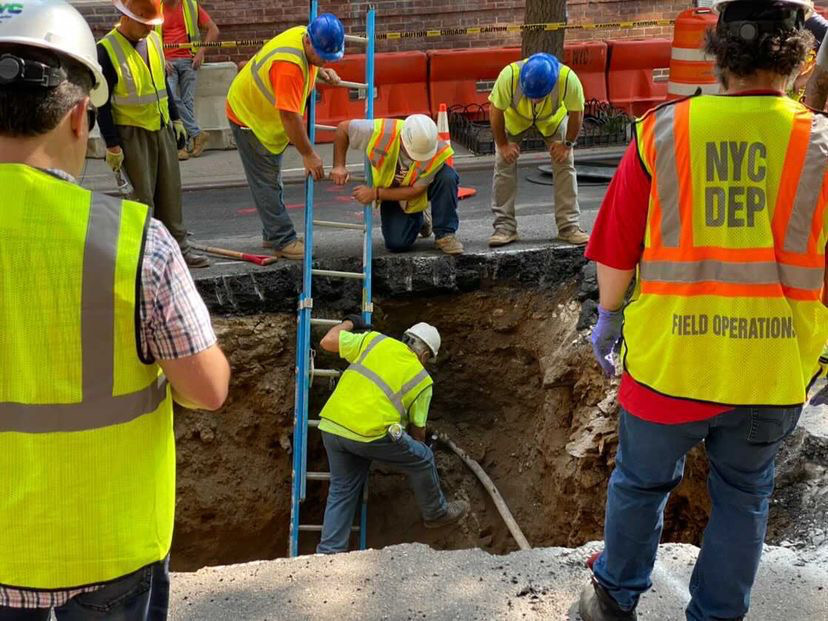 The FDNY told Upper East Site there were no injuries, and the Department of Environmental Protection said its workers are investigating the cause.

Council Member Ben Kallos announced late Thursday morning that water has been shut off at two nearby buildings, and that Con Ed is also investigating the situation.

UPDATE ON THE EAST 89TH STREET SINKHOLE:@NYCWater investigating 12″ water main & 6″ sewer main as causes of the sinkhole.
Water has been shutdown for 2 buildings, only one has tenants.@ConEdison monitoring high pressure gas main.

Additional video was shared by a Citizen App user.

We’ll provide an update as this story develops.