At just past 5 a.m. on Tuesday morning, the FDNY responded to a fire on the fifth floor of 546 East 68th Street at New York-Presbyterian/Weill Cornell Medical Center.

The fire was out within about an hour with no injuries reported. 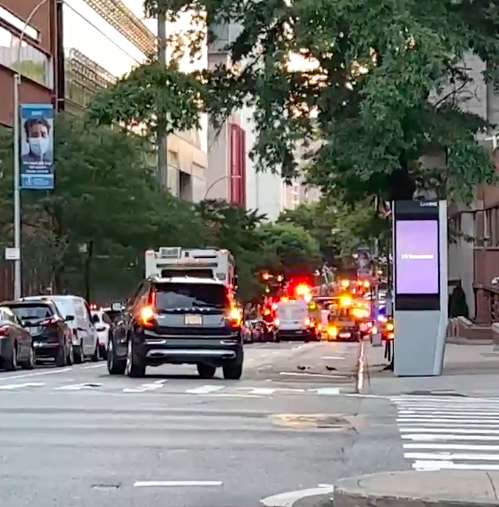 Another video shows a small amount of smoke billowing out of the hospital building’s fifth floor as a firefighter could be heard breaking the window.

NewYork-Presbyterian sent the following statement to East Side Feed:

“This morning, a small fire on one of our units at New York-Presbyterian/Weill Cornell Medical Center was quickly contained by the FDNY. No patients were injured and all were safely moved to other areas of the hospital. Several employees are being treated or monitored for smoke-related exposure. We are immensely grateful to all our teams who responded so quickly and effectively to this situation. We are working diligently to reopen the unit as soon as possible.”

Robbers Steal Almost $500K Worth of Goods from UES Store