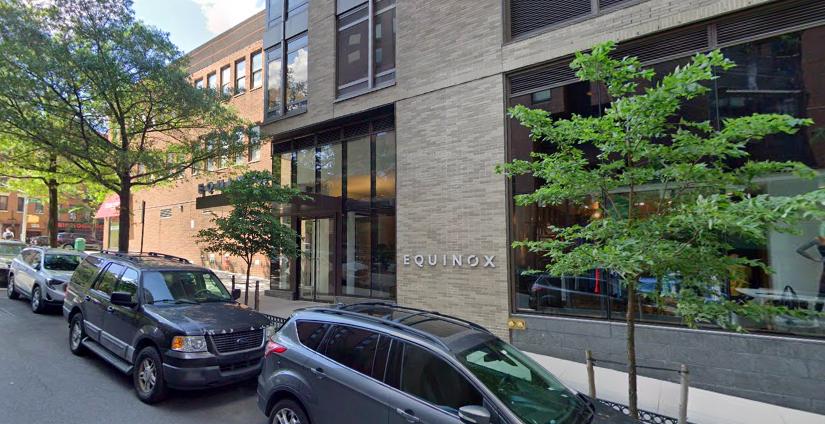 A car crashed into the entrance of the Equinox gym at 203 East 92nd Street on Sunday night.

A representative from the NYPD says the incident took place at 9:02pm at the intersection of East 92nd and Third Avenue, when “two vehicles collided at the intersection and one vehicle collided into the Equinox glass window. Three individuals were treated for minor injuries and transported to Lenox Hill Hospital for evaluation.”

One of the vehicles involved in the crash was a taxi, which video shows lodged into a lamppost. The other car, a black sedan, crashed into the gym’s entrance, partially shattering the glass door which firefighters later broke. The sedan appears to have taken quite a bit of front end damage.

The street was lit up and lined with ambulances, NYPD and FDNY vehicles. Officers and medics are shown surveying the damage in several videos uploaded onto Citizen App.

One witness said that after the taxi collided into the sedan, it swerved onto the sidewalk and started rolling down the street before eventually crashing into the building.

“I was upstairs having dinner and I heard a loud ‘bang,’ and I was like ‘oh damn that’s definitely a car crash,'” said one witness. “And I saw the headlights of the Altima that crashed, and lo and behold. Crazy.”

Another block resident who came downstairs after hearing the crash said “I hear so many crashes here because people usually run the light.”