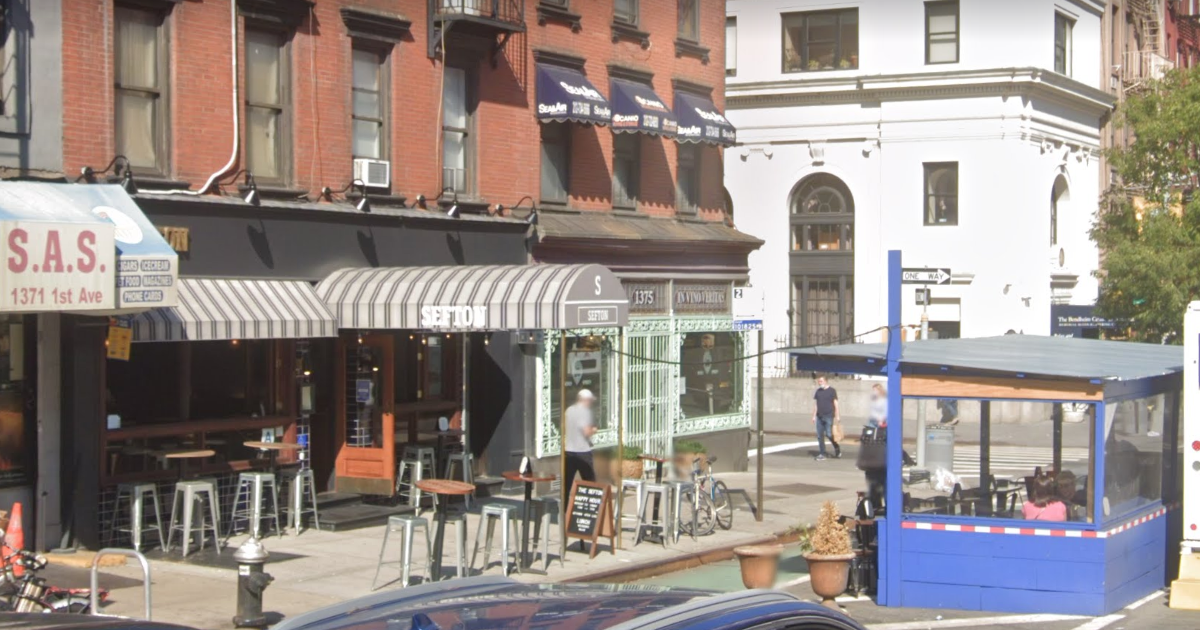 The Sefton is located at 1373 First Avenue (Google Maps)

At about 6:05pm on Monday, the NYPD responded to a call about an auto collision on 74th and First Ave.

When the cops arrived, they encountered a 44-year-old female and a 29-year-old male with minor injuries. Both were treated at the scene by EMS.

An investigation revealed that the pair had been heading north on First Ave in a BMW SUV when they collided with a parked and unoccupied Honda SUV. The 44-year-old was driving and the 29-year-old was in the passenger seat.

The collision caused the BMW to strike the outdoor dining structure at The Sefton, located at 1373 First Avenue.

Multiple videos show the damage resulting from the incident:

Police say there were no pedestrian injuries reported as a result of this incident. A representative from The Sefton also told us that thankfully, no customers or staff members were in the outdoor dining structure at the time of the collision.

The 44-year-old female was issued a summons for unlicensed motor vehicle operation. The investigation remains ongoing.