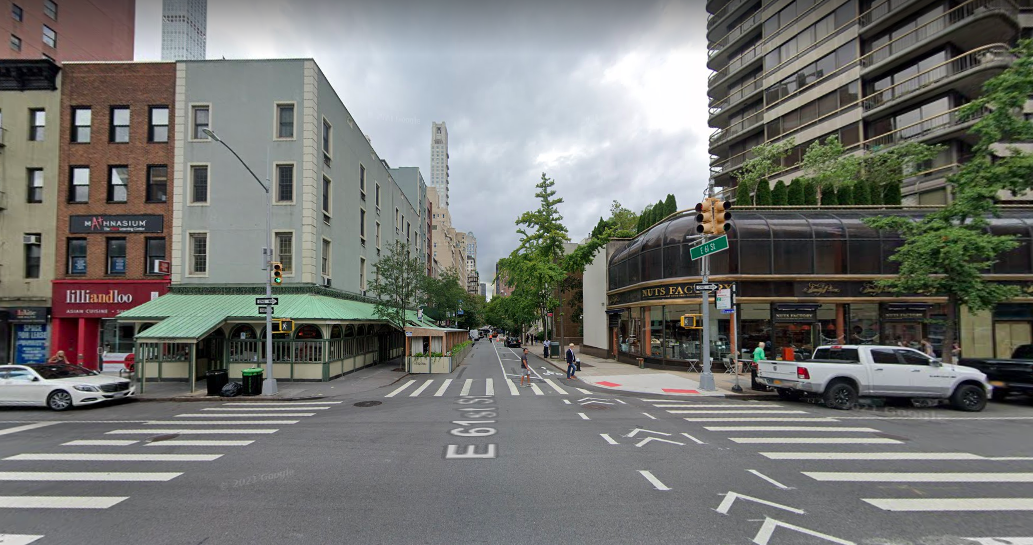 The intersection of 61st and Third Avenue (Google Maps)

Two individuals, a cyclist and a pedestrian, were hit and killed by a truck driver on 61st and Third Avenue Friday morning.

The NYPD received the call around 9:20am, arriving to find the “46-year-old male pedestrian and a 37-year-old male bicyclist lying on the roadway with severe trauma to their bodies.”

The two victims were transported to New York Presbyterian / Weill Cornell Medical Center where they were both pronounced dead.

“A preliminary investigation revealed that a 32-year-old male passenger entered a 2019 Hino Box Truck facing northbound on East 61st Street when the operator, a 66-year-old male, suddenly drove forward. The vehicle mounted the sidewalk, struck a fire hydrant, struck the bicyclist on the roadway, and then struck the pedestrian standing on the sidewalk,” an NYPD representative told East Side Feed.

The driver made a right turn onto northbound Third Avenue and remained at the scene. The 32-year-old passenger was also taken to New York Presbyterian / Weill Cornell Medical Center for minor injuries.