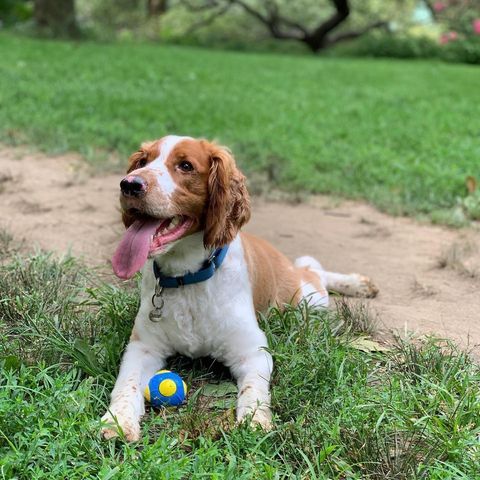 Duncan was a 5-year-old Welsh Spring Spaniel. He was his owner’s best friend. They were always together and enjoyed going on runs in Central Park.

Beryl Spiegel, who’s lived on the Upper East Side for more than ten years, tells us that when she and Duncan were crossing East 74th Street and Second Avenue, a man driving a white van turned onto the street and hit Duncan.

They rushed to an animal hospital, but tragically, Duncan did not make it.

Beryl says she’d seen the driver turning the corner and put her hands up in an attempt to get him to stop. The driver kept turning, however, even though it seemed very apparent that he saw both Beryl and Duncan.

She also tells us that after hitting Duncan, the man stopped for what seemed like less than a second before driving off.

“It was a hit and run that ultimately led to Duncan being rushed to the hospital but he didn’t make it,” wrote Beryl’s brother Jared, who was the one to initially contact us about the incident.

Following the tragic news of Duncan’s passing, Beryl’s close family friend visited the 19th Precinct to report the incident. The officers suggested they ask local businesses if any of them had surveillance video, which was a bit of a disappointment to the grieving dog mom and those closest to her, who were hoping the police would handle that.

“They were not very helpful,” said Beryl. “They said I should have called 911 from the scene but my puppy was alive so we went right to the hospital.”

Beryl and her relatives started canvassing the area, and ultimately, discovered that the super of 300 East 74th Street, a residential building, had the surveillance footage they needed.

“[It was] a white van with graffiti as I originally thought. Apparently the van hit me too so now it’s criminal,” said Beryl, adding that she doesn’t actually remember being hit.

This is a developing story; please check back for updates. We’ve contacted the NYPD for a statement.

The NYPD provided us with the following statement this morning:

“On January 13 at 6:20am there is a report on file for leaving the scene of an accident. A 37-year-old female states she was crossing the street at East 74th Street and 2nd Avenue when a van making a turn struck her dog. The driver left the scene without exchanging information. The dog did succumb to its injuries.”

Later on Wednesday morning, we got a message from a woman who had witnessed the incident and drove Beryl and Duncan to the hospital.

“I actually am the one who stopped my car and took this woman and her pup to the vet,” wrote Jessica Zarcone after she saw our article. “I didn’t get a good look at the truck because I thought the woman might have needed medical attention so I ran to her. But there were two hispanic men in the truck.”

Man Steals $1,400 in Lotto Tickets After Being Denied Free Soda