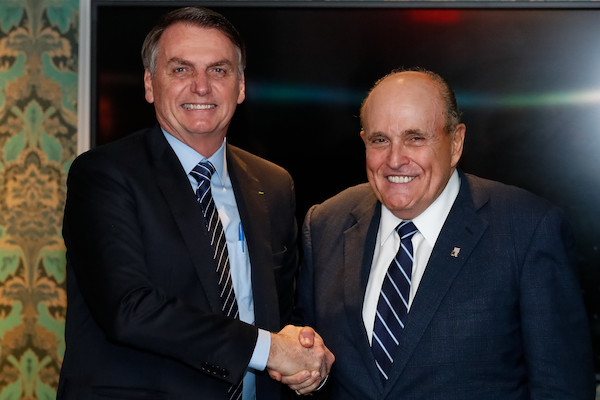 Agents seized the former New York City mayor’s electronic devices to further investigate his business relationship with former President Donald Trump, whom he acted as a personal attorney for during his years in office.


The two searches through Giuliani’s office (on Park Avenue) and home (on Madison Avenue) indicate, according to AP News, “the strongest signal yet that he could eventually face federal charges.” The searches were conducted at about 6:00AM on Wednesday.

While the exact nature of the investigations are unclear, it’s at least in part related to Giuliani’s dealings in Ukraine.

The Times writes that feds have been focusing on Giuliani’s alleged attempts to lobby the Trump administration in 2019, “on behalf of Ukrainian officials and oligarchs, who at the time were helping Mr. Giuliani search for damaging information on Mr. Trump’s political rivals, including Mr. Biden, who was then a leading contender for the Democratic presidential nomination.”