FDNY officers were dispatched at about 5am on Tuesday morning when they received a report of a fire at Dragon One, a Chinese restaurant located on the ground floor of 1843 First Avenue, between 95th and 96th Streets. 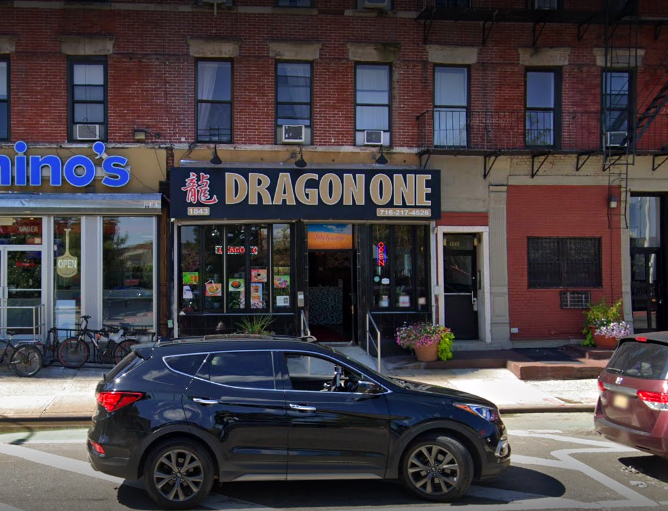 As the fire spread up to the third floor of the five-story residential building, the ceiling of the restaurant collapsed, causing injuries to four firefighters.

Two firefighters were transported by EMS to Cornell Medical Center, while the other two were sent to St. Luke’s Hospital – all with minor injuries.

As of writing, there have been no recorded civilian injuries, and the cause of the fire is still being investigated. Damage was apparent on the first and second floors of the building.

It took about three hours and 168 firefighters to get the four-alarm fire under control.

Speaking to the press at the scene of the incident, FDNY Assistant Chief Michael Gala said, “With these ceilings, sometimes there’s layers of ceilings in these restaurants, they’re tin, they’re wood, they’re plywood – they’re very difficult to open up, and when the fire extends into some voids, like it did here – fortunately just to the second floor – it’s very labor intensive. We have to cut with saws and break through floors, it was a very labor intensive operation on the first and second floor.”