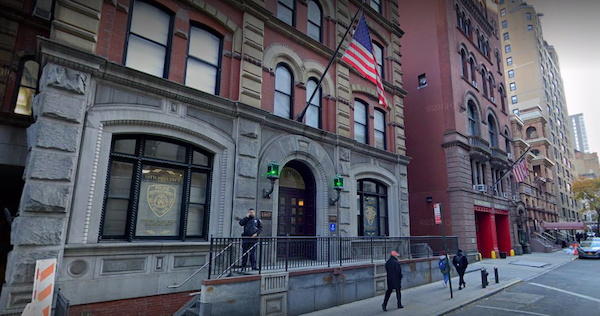 A man was assaulted on Thursday – just steps away from the NYPD’s 19th Precinct, located at 153 East 67th Street, between Lexington and Third Avenues.

After a verbal dispute just down the block from us turned violent, our officers rushed to render aid to a man beaten in the head with a bat & arrest his assailant. Great work by all officers involved! pic.twitter.com/KzM2j9TG9l

NYPD sources tell us that a passerby alerted officers to the situation at about 3:30pm on Thursday, May 13. A physical altercation between the two men had occurred at the corner of 67th and 3rd Avenue.

The victim, a 32 year old male, told police that the suspect, 41 year old Jose Payano of the Bronx, “retrieved a baseball bat from his truck during a verbal dispute and began to strike him in the head multiple times causing a laceration and pain.”

The 32 year old was taken to a local hospital in stable condition, while Payano was arrested and charged with assault and criminal possession of a weapon.