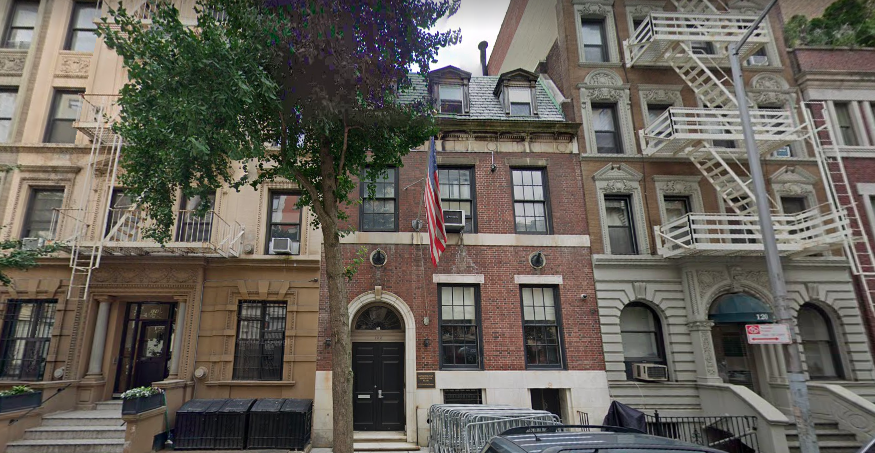 A fight broke out in front of the Metropolitan Republican Club after a man walked into the club’s historic townhouse during an event for a Trump supporter. He allegedly made off with a metal cashbox.

The president and two other members of the Upper East Side club accosted and “detained” the suspect, who was dressed in a maintenance uniform, demanding that he return the cash box. The suspect ran and police officers chased him and pushed him to the ground after he reportedly pulled out a knife. The suspect said he had no money or checks.

The suspect, 61-year-old Gerard Jackson from the Bronx, was charged with robbery, two counts of assault and criminal possession of a weapon. It is not clear whether the police recovered the cash box, which the club members said contained $425.

The Metropolitan Republican Club, once known as a bastion for old-guard conservatism, is currently being led by Trump supporters. The event that night at the 83rd Street clubhouse was being held for U.S. Senate candidate Mark McCloskey (from Missouri), who became infamous in 2020 when he and his wife aimed guns at Black Lives Matter protesters near his house.

Founded in 1902 by Theodore Roosevelt, the historically staid club — whose members have included former Mayor Michael Bloomberg and former President Richard Nixon — boasts on its website that it is home to “conservatives of all stripes!” Its current president, Ian Walsh Reilly, was named to head the club in 2019 after a years-long power struggle between GOP extremists and old-line conservative members. After he invited Gavin McInnes, founder of the Proud Boys, to speak in 2018, a brawl broke out between McInnes’ supporters and Antifa members outside the townhouse. Two members of the Proud Boys, which is described as a white nationalist hate group by the Southern Poverty Law Center, were convicted on charges of attempted gang assault, attempted assault and riot.