With rising incidents of anti-Semitic attacks in NYC, Police Commissioner Dermot Shea and William Sweeney, the Assistant Director in Charge of the FBI’s New York office, visited an Upper East Side synagogue to discuss concerns with its members and provide them with some reassurance. 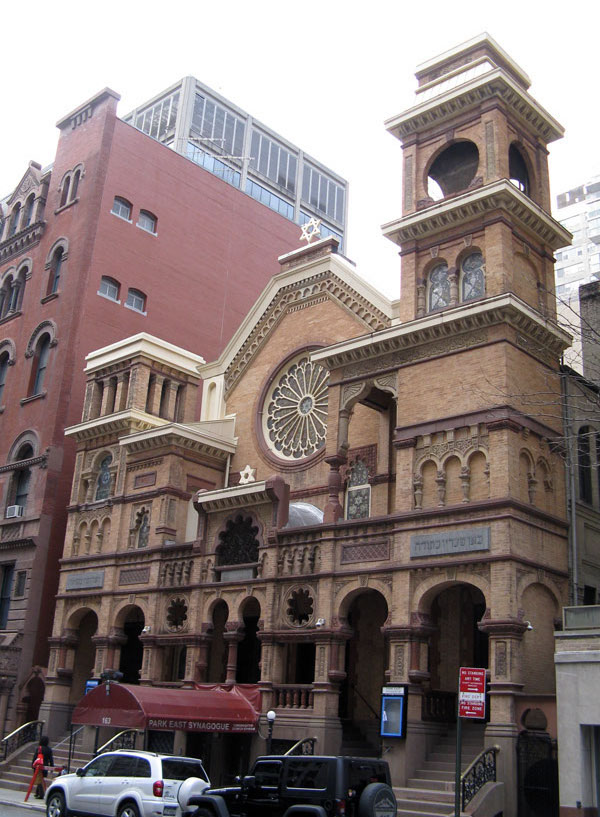 Shea and Sweeney visited Park East Synagogue at 163 East 67th Street (between Third and Lexington Avenues) on Saturday. “The NYPD has never, and will never, tolerate hate in our city in any form,” Police Commissioner Dermot Shea said to the congregation. “One incident is one too many, and the recent rise in anti-Semitic crimes only strengthens our resolve to work hand-in-hand with our Jewish communities across the five boroughs. As we combat all forms of prejudice, we will continue to build trust and strengthen relationships to ensure that everyone, in every New York City neighborhood, is safe – and that they feel safe, too.”

This statement comes as over 300 hate crime investigations have taken place in 2021 so far, with about 35% of those incidents categorized as anti-Semitic, according to Shea.

Coverage from NY1 quotes Julia Shane, a parishioner at Park East Synagogue, saying “I don’t go out at night anymore, late,” while adding that she does “feel secure because the Guardian Angels are in my neighborhood all the time, but isn’t that sad that they have to be there?”

Senior Rabbi Arthur Schneier stated that “As a Holocaust Survivor, I am distraught by the widespread virus of anti-Semitism and the increase of hate crimes directed at the Jewish community,” adding that “Unlike what I witnessed more than eighty years ago I am grateful that those responsible for protecting all citizens are standing with Jewish New Yorkers and are committed that anti-Semitic acts will not be tolerated and the perpetrators of those crimes will be prosecuted to the fullest extent of the law.”