Two incidents appeared to have taken place on Tuesday at the subway station on 86th and Lexington Avenue.

On Tuesday afternoon, an individual standing on a platform walked into a train as it was approaching. We contacted the NYPD’s media office and an officer told us the individual didn’t fall into the tracks; it appeared as though they had fainted. Injuries were minor, and they were taken to an area hospital in stable condition. Video shared on Citizen at 3:44 p.m. shows emergency responders arriving to the station as sirens blared and a crowd of onlookers gathered. 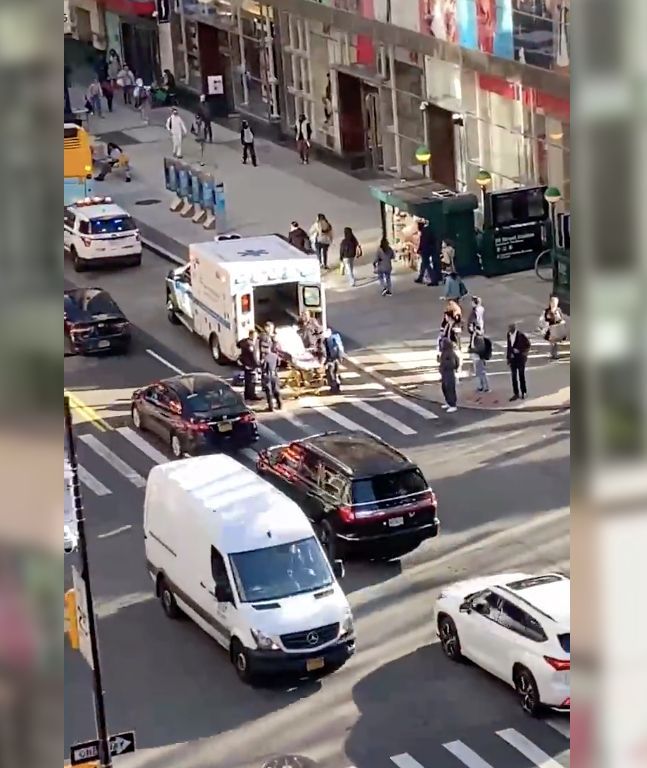 Another incident appeared to take place at the same subway station later in the day. While NYPD sources didn’t have any information to share, a video shared at 7:57 p.m. titled “Man Punched in Throat, Airpods Stolen” shows five police officers surrounding a suspect who is sitting on the platform floor. The person recording introduces the scene by saying “A suspect was just arrested at the 86th Street station.” Inaudible discourse can be heard between the officers and arrestee, and several seconds in, someone (who appears to be an officer) yells “shut up!” 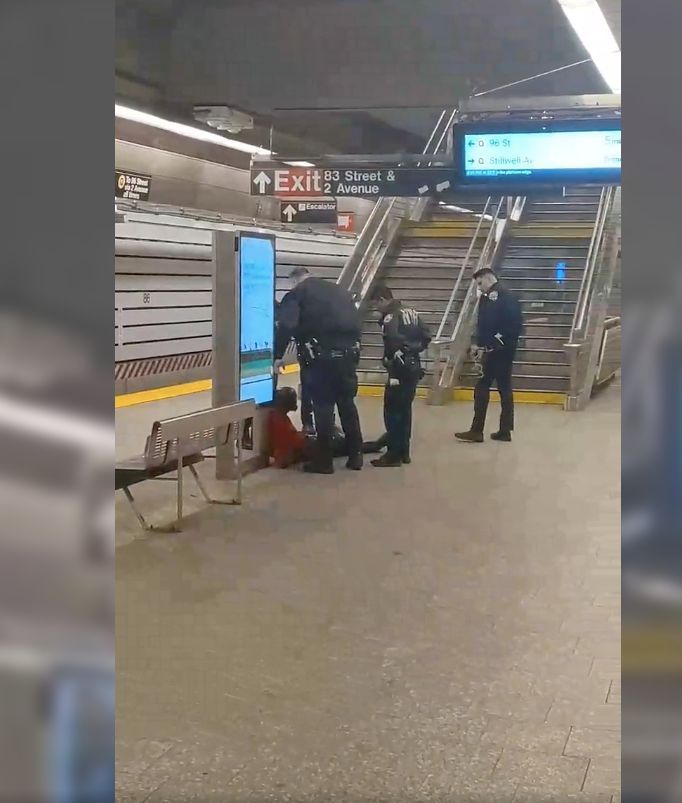 UPDATE: the 19th Precinct shared information about this incident later on Wednesday:

Rushing to a robbery on the Q-train platform, our Public Safety cops confronted the suspect who aggressively fought apprehension, biting one officer—but was ultimately arrested & charged. pic.twitter.com/Nkj5LklmWW