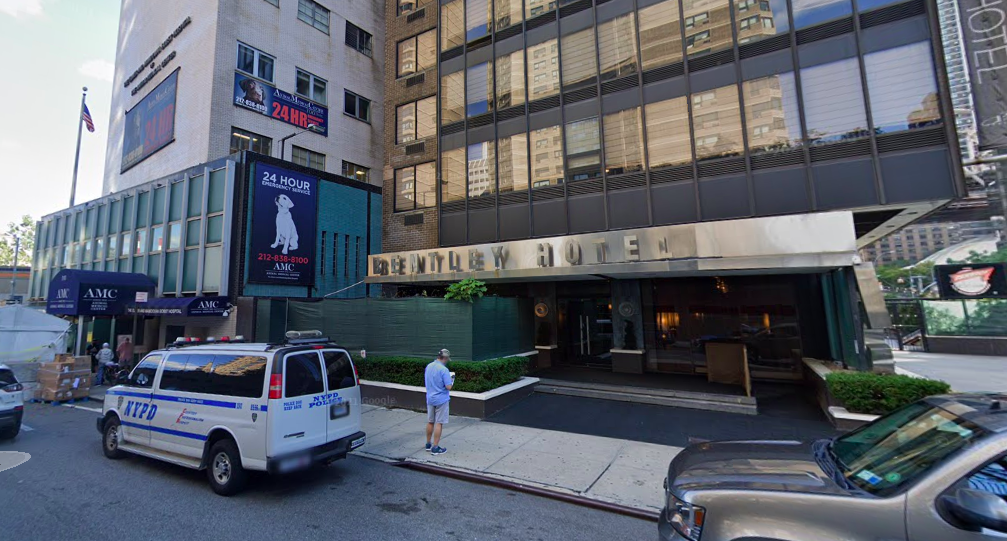 Early Wednesday morning, the FDNY received reports that a pickup truck had crashed into the Bentley Hotel at 500 East 62nd Street at the corner of York Avenue.

Video from Citizen App shows multiple FDNY, NYPD and EMS vehicles arriving to the already high-traffic area before 7am, while it was still dark, leading to increased gridlock and lots of honking.

“He drove right into the sign there,” the Citizen App user said, referencing the hotel’s entrance.

Additional surveillance video obtained by Pix 11 News shows the truck driver speeding through the intersection against the light and slamming into a corner lamppost before crashing into the building.

One person was taken to a nearby hospital, authorities told Pix 11, though it was unclear if it was the driver or someone else who had sustained injuries from the incident.