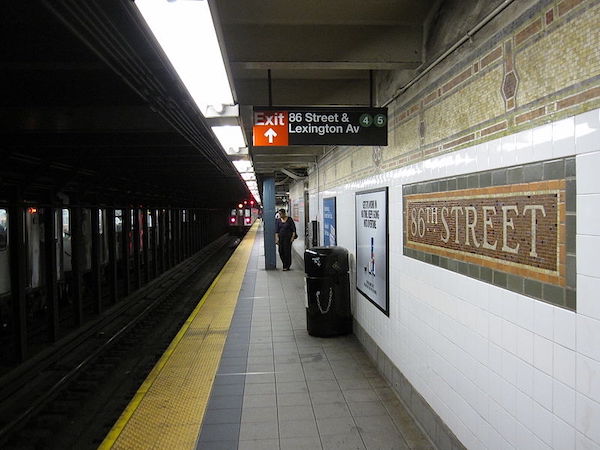 On Monday afternoon, a 44-year-old man was killed after coming into contact with the third rail in the tunnel between the 68th and 86th Street train stations, Patch was first to report. The incident took place at 12:54pm, at which point the conductor of a northbound 6 train spotted the man and contacted authorities. An NYPD spokesperson confirmed with Patch that the man was pronounced dead at the scene.

A bit after 2pm, another individual was struck by a train at the 86th and Lexington Avenue station. An NYPD spokesperson told East Side Feed that this person, also male, had fallen between train cars before being hit, and that he was transferred to Weill Cornell Medicine in stable condition. The second incident led to train delays in both directions.

6 trains are running with delays in both directions after emergency teams assisted an injured customer at 86 St.
6 trains have resumed making local stops between Grand Central-42 St to 125 St. https://t.co/mxXOO5h7nN