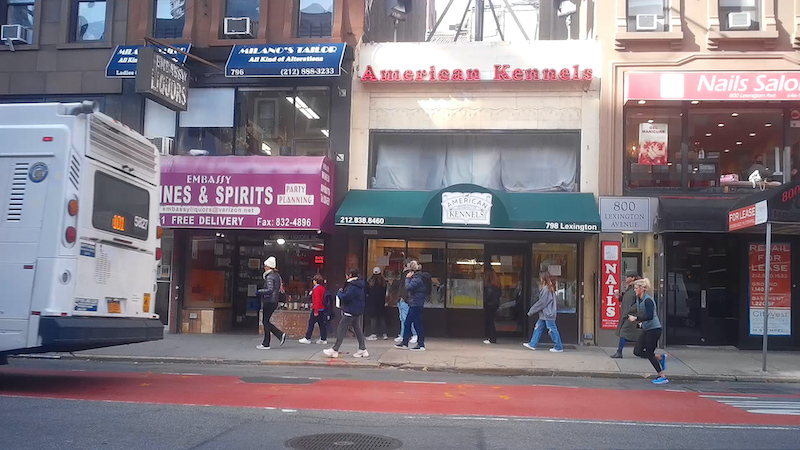 An investigator from The Humane Society of the United States recently wrapped up a six week undercover investigation at American Kennels, a pet store located at 798 Lexington Avenue (between 61st and 62nd streets). The investigator posed as an employee between October and early December, using that time to compile photo and video evidence of wrongdoings by the pet store – which has been operating at this location since 1954.

According to the report, the investigation “revealed sick and dying puppies stored in the designated sick rooms and a basement, hidden from the public. Some of the ailing dogs were sold to customers who were not made aware the puppies were sick and sourced from cruel puppy mills. The investigator documented that at least one puppy died in the store,” and “at any given time, there were approximately 60 puppies in the store, with 12 to 20 of them hidden in sick rooms and the basement,” according to the report.

Other claims from the report include:

The Humane Society has submitted photos and videos, including but not limited to those below, to the NYC Department of Consumer and Worker Protection.

WARNING: the following images and descriptions may be disturbing to some viewers. Discretion is advised. 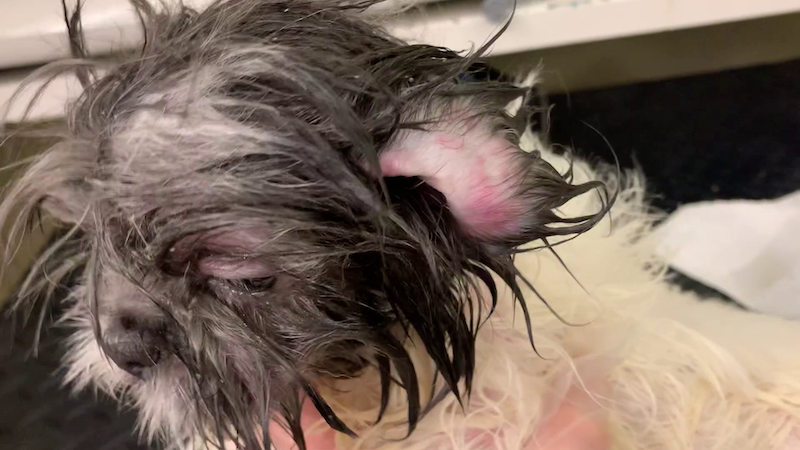 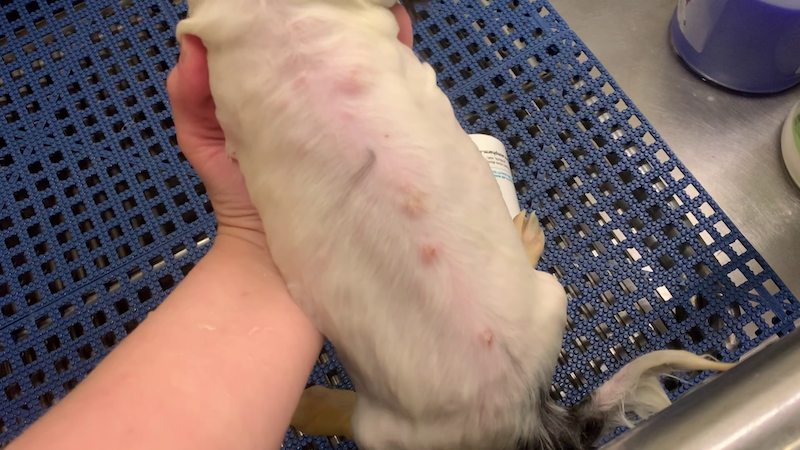 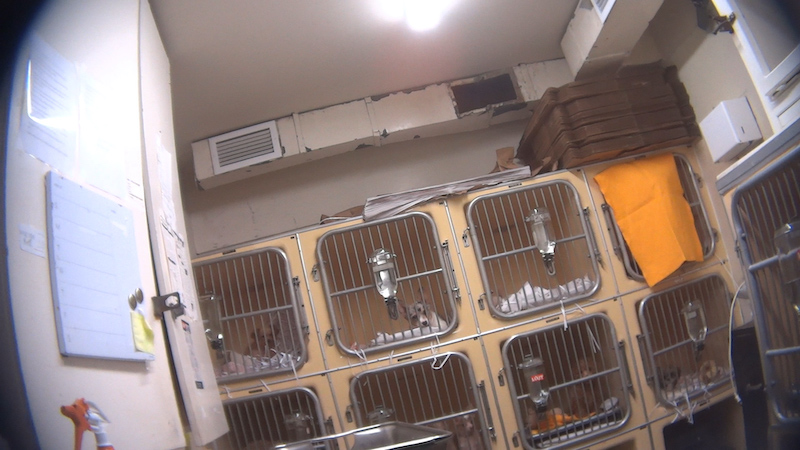 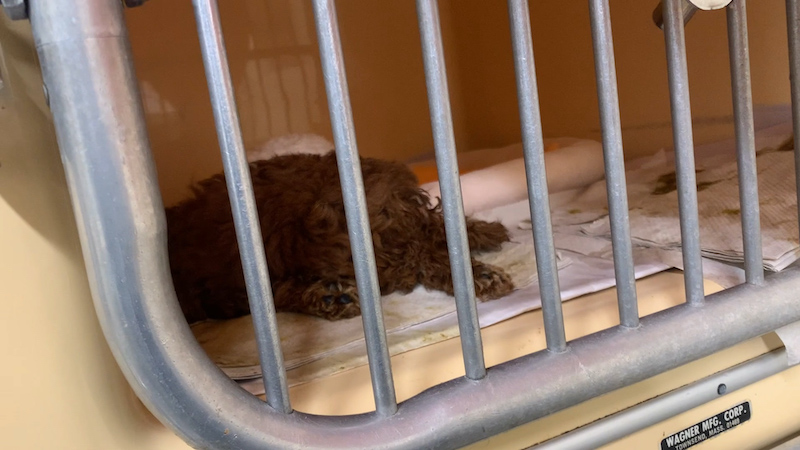 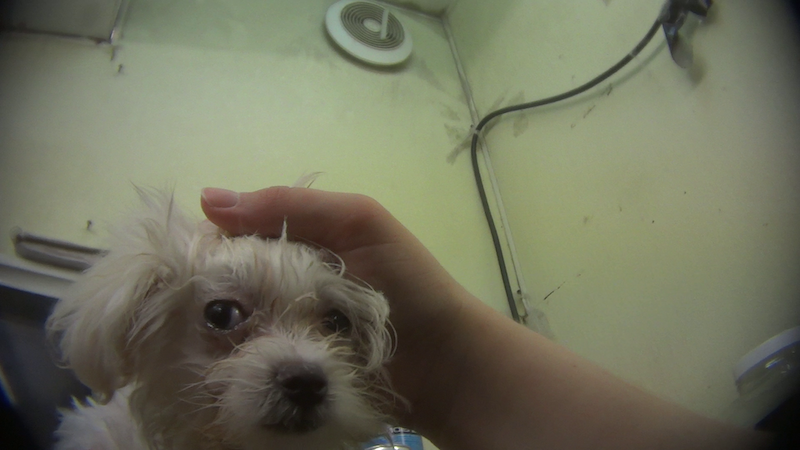 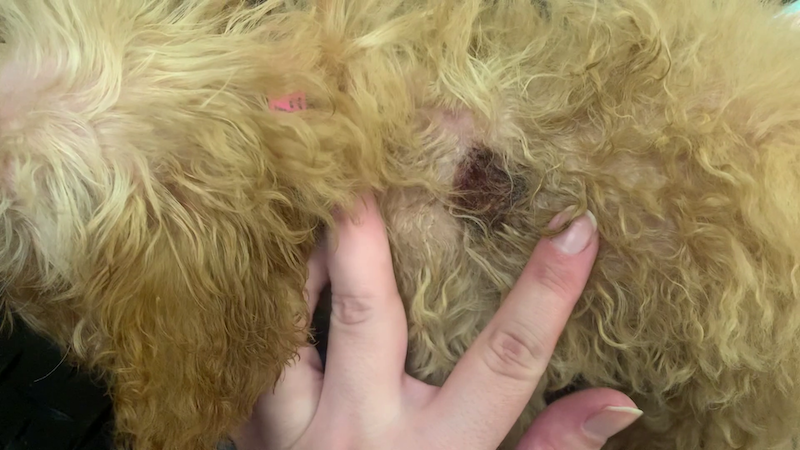 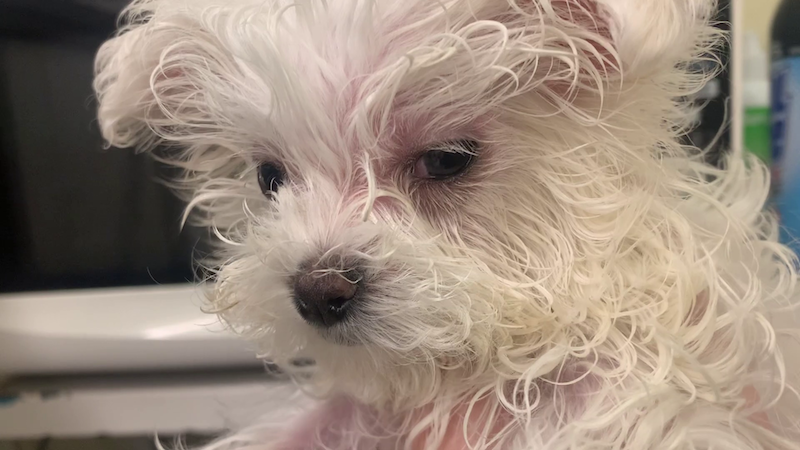 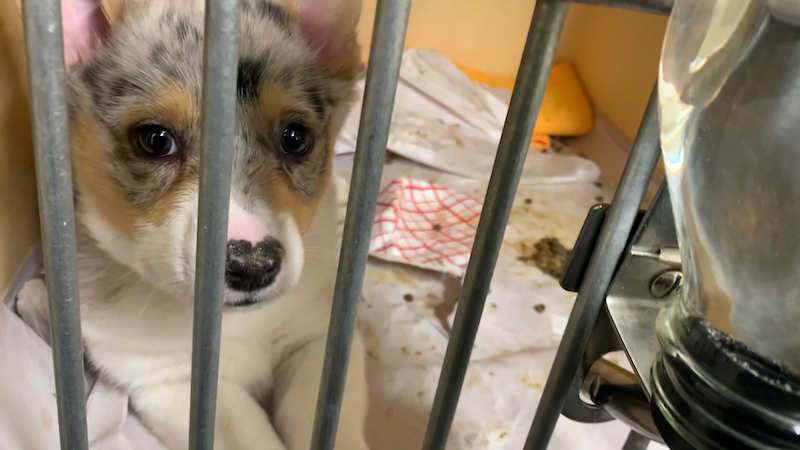 We reached out to American Kennels and were sent the following statement:

“We have spent the last three years at AMERICAN KENNELS investing considerably to preserve and enhance a New York institution operating since 1954 and make it the brightest, cleanest, most ethically run dog store in the country. We are a community fixture, open to all. For the anti-pet store activists this made us a target, but we have nothing to hide and the so called “investigator” lied to get her job, was deceptive throughout and manipulated the scene and the staff to satisfy her preconceived storyline. She wanted a horror story and she stayed until she could patch together enough misleading images and information to craft one.

“The twisted story of the poor little Goldendoodle puppy who passed way is especially egregious. The puppy arrived from the breeder extremely ill, was immediately seen by our vet and declared unfit for sale. We never owned the puppy, but rather than callously ship the puppy back to the breeder in her weakened state we kept her, making her comfortable and seeing the vet daily. When the vet determined that the puppy’s chances were almost nil but that the puppy was comfortable on the last medication it was possible to try, rather than send the puppy to another strange environment at the veterinary hospital, a long-term employee volunteered to look after the puppy personally until the almost inevitable conclusion. The “investigator” was fully aware of the complete story, knew that the vet had seen the puppy the previous day and knew the dire prognosis. What looks like callousness in the edited video on the part of the employee is sincere emotion and real irritation that a “co-worker” (the lying spy) who knew the story kept badgering her until she got the cinematic effect she wanted. The Humane Society and their manipulative plant should be ashamed to be fundraising off the death of this animal. The edited and spliced clip with the comments about the vet being closed and that the dogs would “go Monday” had nothing to do with this Goldendoodle and were filmed on Thanksgiving weekend when our vet was closed and there was no medical emergency. Splicing it together to make it seem that they were holding onto the Goldendoodle and not sending her to the vet for some inexplicable reason and that the dog died as a result is a bald-faced lie and the “investigator” knows it.

“By her own admission, the sick puppies we had were segregated as required by law, in the back room and she knew full-well that they were being treated by our vet. She videoed every one of those. You couldn’t go into any classroom in America and not find some kids with runny noses. The French Bulldog who she contrives to look as though she is unable to stand was perfectly healthy and can be seen running around the office in the attached clip. It is a perfect example of how an absolutely innocent image is made to look macabre by context and editing.  The young female employee who gives the quotes “it’s all about the money” and says that we don’t send the dog to the vet “nine times out of ten” was manipulated by the spy, if not working in concert with her. She has been terminated for not looking out for the best interests of the puppies or the store and for not reporting any concerns she had: every employee has the owner’s cellphone number for expressly this purpose.

“The other generalized claims in the Humane Society publicity stunt that sickeningly is their holiday fundraising campaign are just their standard screed against pet stores. Anyone who has spent five minutes in AMERICAN KENNELS knows that the description of “filth and neglect” is absurd. The “cold basement” referred to and implied as a dungeon of horrors is a well-lit, well-heated grooming area where there are two lines of impeccable kennels, used only to segregate newly arrived dogs, through which you must walk, employee or customer, to reach the only bathroom in the entire building. There are no dark secrets or corners there or anywhere else. Having failed to pass legislation to ban pet stores knowing we fully comply with all legal requirements and go above and beyond for the care of the animals entrusted to us, this was their underhanded, dishonest and cruel attempt to destroy us and the industry.”