An Upper East Side “dating coach” who participated in the January 6 insurrection at the Capitol was sentenced to three and a half years in prison after FBI agents discovered a massive hoard of weaponry in his apartment and car. He pleaded guilty in Manhattan Supreme Court to gun possession charges and still faces federal charges of unlawful entry and disorderly disruptive conduct, to which he has pleaded not guilty.

When Samuel Fisher, 33, was arrested two weeks after the insurrection, FBI agents discovered in his possession more than a thousand rounds of ammunition, a laser scope for a rifle, and weapons including an illegally modified AR-15 rifle, a pistol he built by himself known as a “ghost gun”—which is unregistered and untraceable—and machetes. He was arrested outside the East 90th Street apartment where he was living, near York Avenue. 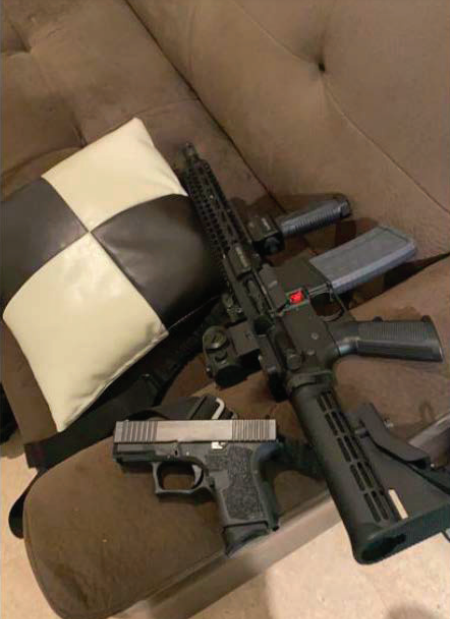 “Samuel Fisher is a dangerous conspiracy theorist who participated in one of the gravest attacks on our democracy,” said Manhattan District Attorney Alvin Bragg. “Not only did he threaten to commit violence against his fellow citizens, he had the potential to follow through with his arsenal of advanced weaponry and ammunition.”

Fisher, a conspiracy theorist and prepper, left plenty of evidence online of his involvement—on his Facebook account and his self-help website that he ran as “Brad Holiday.” On Jan. 7, he wrote that he’d been on the frontlines and that “people died . . . but it was f***ing great if you ask me.” He said, “seeing cops literally run . . . was the coolest thing ive ever seen in my life.”

Various photographs show him at the Capitol. One shows him with three firearms in front of a flag that says,“Don’t Tread on Trump, Keep America Great.” 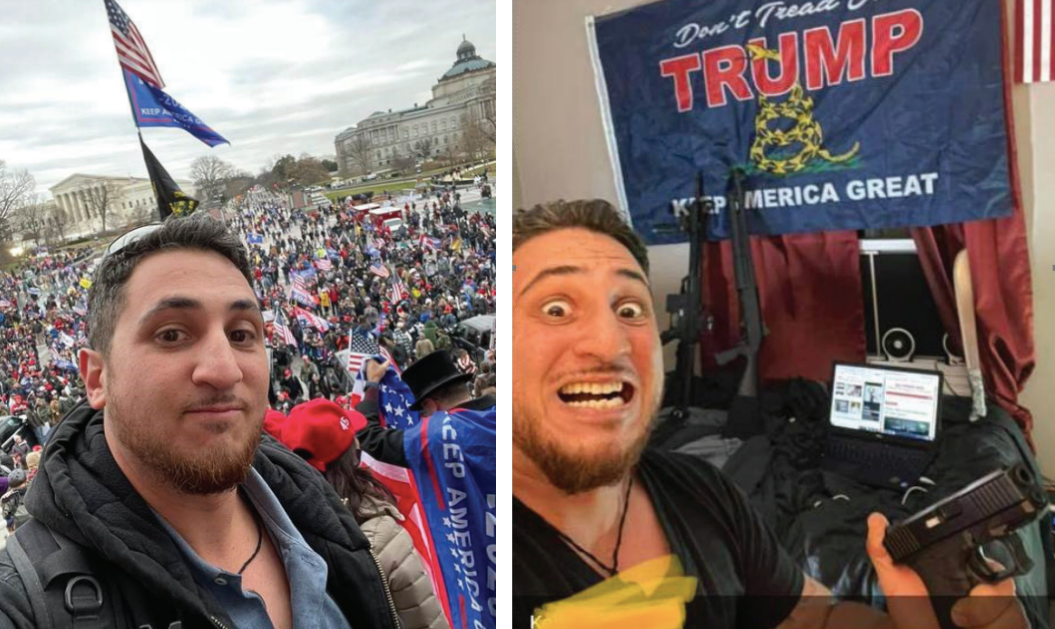 Numerous posts leading up to Jan. 6 speak to Fisher’s plans to disrupt the counting of the Electoral College votes at the Capitol. They include lines such as “We must stand up to these people and take our world back”; “It’s time to bring the pain upon them”; “just march on DC on the 6th”; and “If millions of patriots don’t show up with guns … [i]t could be over.”

On bradholiday.com, which is a showcase of toxic masculinity, he wrote about scenarios that could happen if Biden were to be installed: “Patriots show up in the millions with guns. They execute all treasonous members of government and rebuild” or “Patriots are ineffective and we live under the rule of the elite pedophiles and Chinese communist party.”

The site ostensibly appeals to men who want to attract women but mixes in conspiracy theories and hate speech. It also includes misogynistic content, and apparently his views toward women had become increasingly bitter after a breakup with a woman he had a child with.

He touts a product called the Attraction Accelerator, a compendium of information on manning up. One section is called TestosteroneMaxx. The LooksMaxx section offers tips on dressing “like a champ” and even improving one’s height. Then there’s info on “learning to use a gun/weapon to defend yourself” and “learning to survive in auestere [sic] environments etc.” His videos on dating refer to women as “lying and deceiving” and he advises proteges to “never move a girl in w/you” because women love “drama” and may “call the police.” Fisher, who was born Jewish, also shared videos accusing Jews of cannibalism.

In videos that have been taken down, Mr. Fisher, a New Jersey native and former guitar teacher, described a history of substance abuse and homelessness. His lawyer said in court that Fisher had spent the last year going to therapy and attending support groups for drug and alcohol abuse.

One of his supporters, sobbing, reportedly said in the courtroom, “He just believes in the Constitution.”