The NYPD is seeking assistance from the public in an identifying a suspect who committed an unprovoked assault on the Upper East Side earlier this month. 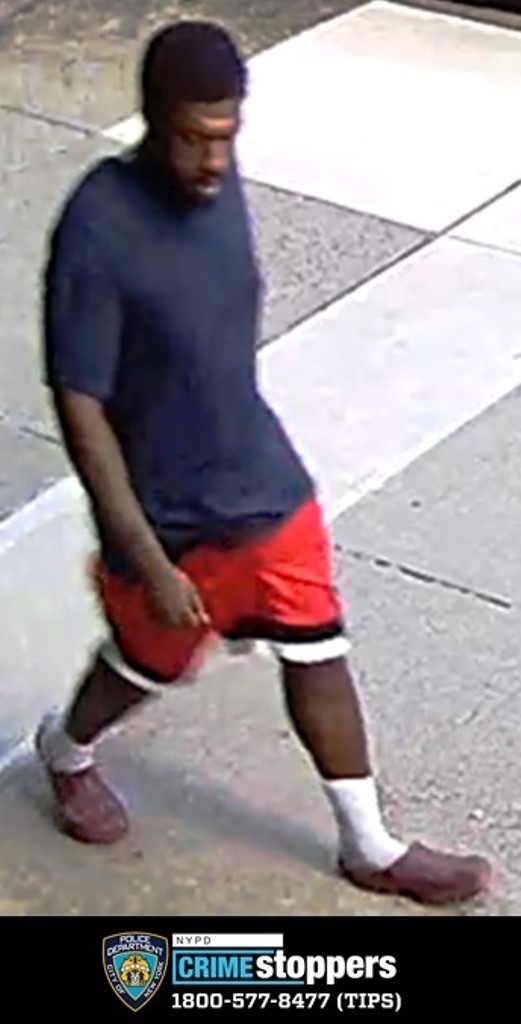 A 27-year-old woman was walking down Park Avenue when an unknown individual struck her in the head with an unknown object near 81st Street. She sustained a laceration to her forehead.

The suspect then fled “northbound on Park Avenue to parts unknown,” police say.

EMS responded and transported the victim to NY Presbyterian Hospital, where she was treated and released.

Surveillance cameras caught the suspect walking near 85th and Fifth Avenue less than ten minutes after the assault.

Police describe the suspect as an approximately 5’9″ tall male with dark complexion, a large build, a short dark Afro and a full beard. He was last seen wearing orange shorts, a dark colored t-shirt, white socks and Crocs.