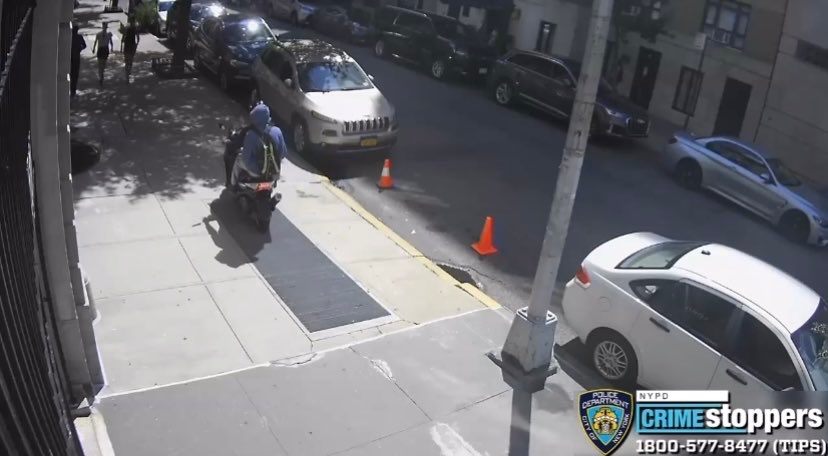 Two moped-riding muggers attempted to steal a necklace from an Upper East Side woman in broad daylight this weekend.

It happened just after 12 p.m. on Saturday. Two women, both 28, were walking near East 89th and Fifth Avenue (the NYPD has the address incident as 3 East 89th Street) when the pair of of thieves rolled up.

“The operator of the moped attempted to forcibly remove the victim’s necklace from around her neck and a brief struggle ensued,” the NYPD state. “The passenger of the moped then dismounted and attempted to remove the necklace from the victim, but she resisted and he was unsuccessful. The two individuals fled on the moped traveling southbound on 5 Avenue. The victim sustained minor injuries and refused medical at the scene.”

Both suspects are described as males in their 20s “with thin builds and wearing helmets” (at least while they’re riding mopeds). 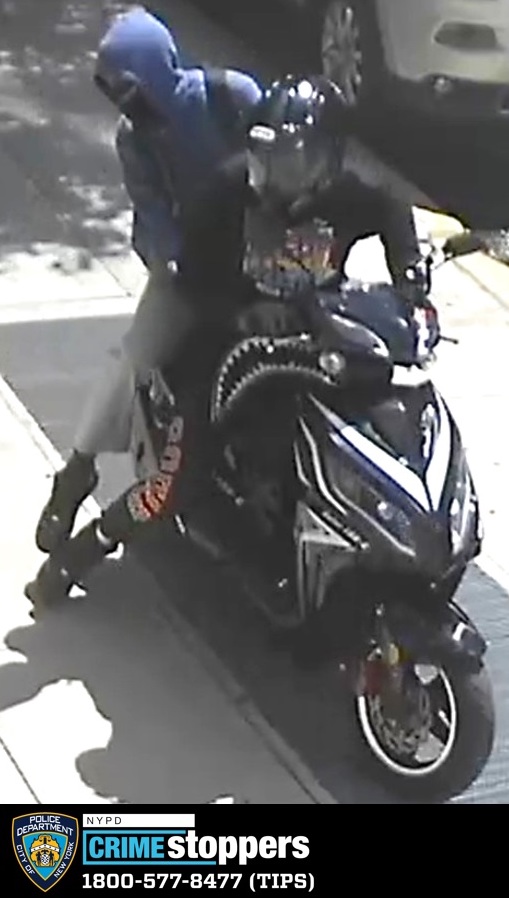 The following surveillance video was captured at the scene.