After more than 20 years, Café Boulud has permanently closed its location at The Surrey at 20 East 76th Street, the NY Times was first to report. 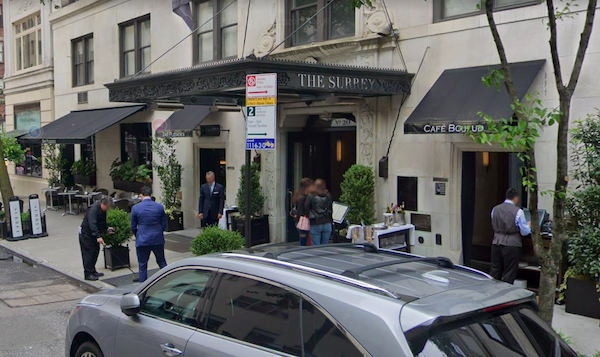 Boulud told the Times that the new owners, investment firm Reuben Brothers, “wanted to take the restaurant in a direction that didn’t suit me,” adding that he hopes to find another location for Café Boulud.

The Reuben Brothers purchased The Surrey in 2020, and will be rebranding it as “The Surrey, a Corinthia Hotel, operated and managed by Corinthia Hotels, a collection of individually-designed and distinctive five star hotels located in some of the most exciting destinations across Europe and the Middle East, and now North America,” a press release from PR Newswire states.

Café Boulud’s replacement will be Italian restaurant Casa Tua, a celebrity hotspot with locations in Miami Beach, Aspen and Paris. Casa Tua is expected to open with the reimagined hotel in early 2023, and will also offer a private members club and other food and drink offerings throughout the hotel.

Daniel Boulud will soon be opening a new restaurant called Le Pavillon, an 11,000 square foot seafood restaurant at One Vanderbilt by Grand Central Terminal. Le Pavillion is expected to open on May 19, according to Eater.