Home
Food & Drink
Is Sherry-Lehmann About To Close? 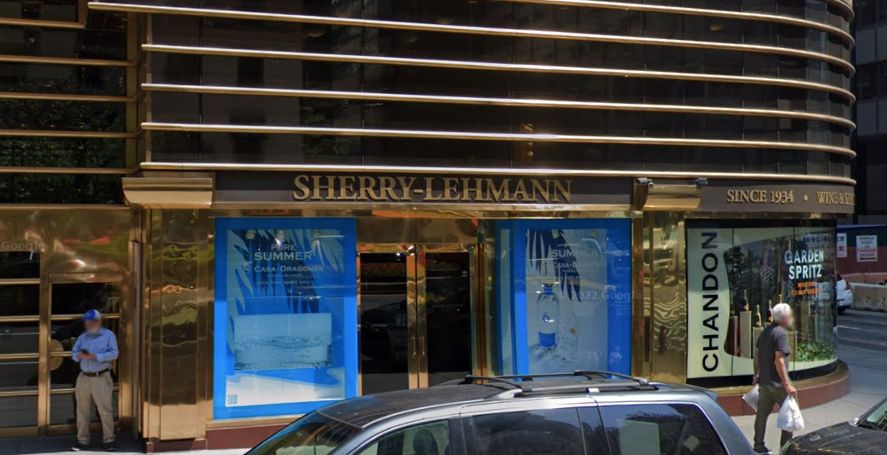 The venerable and historic Sherry-Lehmann wine shop at 505 Park Avenue (at East 59th Street), which opened in 1934, may be in danger of closing soon.

The shop apparently owes New York State $3.1 million in unpaid sales taxes, according to James Gazzale of the New York State Department of Taxation and Finance, who says they can seize the business if Sherry-Lehmann doesn’t pay. Additionally, an unnamed source told the New York Post (which first broke this story) that “suppliers are now forcing [Sherry-Lehmann] to wire them the money because their checks were bouncing.”

Like a lot of retailers, Sherry-Lehmann was hit hard during the pandemic. In June 2020, the company’s chief executive told the Post they weren’t selling enough cases to justify revenue losses from cost-conscious consumers switching to cheaper wine brands.

The Better Business Bureau website shows five complaints since September, with customers reporting they had made online orders but never received their items (after years in some cases). Many of these customers also state the business has failed to address their complaints.

Similar complaints can be found on Trip Advisor and Yelp, and in January of this year, one person on this wine forum claims to have placed a still-unfulfilled order with Sherry-Lehmann in 2016.

According to Patch, the most recent lawsuit against the business was filed on Wednesday “from a customer who claims that the store beginning in 2019 failed to deliver wine worth a grand total of $801,000.”

Sherry-Lehmann’s Instagram and Facebook accounts have been dormant since late October, whereas earlier this year, they were frequently posting multiple times per week.

We called Sherry-Lehmann for comment but gave up after being on hold for over 30 minutes. The shop’s listed hours are 10 a.m. to 6 p.m., Monday through Friday.