Michael Rapaport took a recent trip to Zazzy’s Pizza at 1477 Second Avenue at 77th Street – to sample some slices and meatballs, and to verbally maul Barstool Sports founder Dave Portnoy and his “One Bite Pizza Reviews,” Page Six was first to report.

A video of the TV and movie star’s visit was shared on Zazzy’s Instagram this week.

Rapaport used to work for Barstool Sports, but was fired for confronting Portnoy over his treatment of a fan. Then, Barstool started selling t-shirts with images of Rapaport wearing a clown nose and with what appears to be a herpes blemish on his face. Rapaport sued for defamation and lost.

Anyway, the two clearly still don’t like each other, but the star of True Romance and Mighty Aphrodite, among others, says that Zazzy’s slices are “f*cking great” and that their meatballs are “f*cking good.” 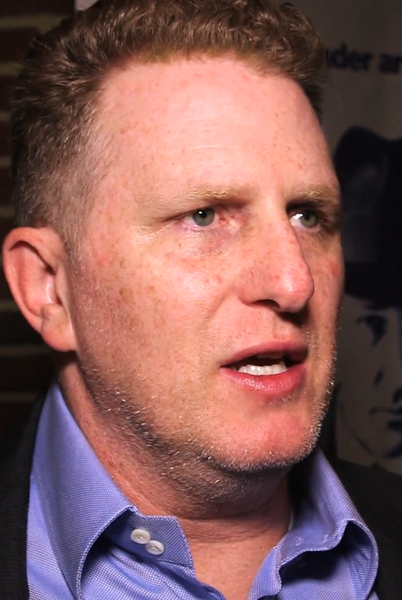 Photo: Behind The Velvet Rope TV via Wikimedia Commons

When told that the meatballs were actually meatless, Rapaport, with an angry but satisfied look on his face, asked the person taking the video, “what do you mean meatless?” After he was told again that they were meatless, he replied with “get the f*ck out of here!” and repeated that “these are f*cking good.”

The celebrity‘s positive review for Zazzy’s was interrupted with anger-driven blasts against Portnoy’s pizza reviewing technique. “You’re gonna do a pizza review, eat the whole slice. One bite’s for little manorexic b*tches that may or may not bleach their a**hole. Zazzy’s pizza … f*cking Great! You eat the whole slice … then another one! One bite, get the f*ck out of here.”

Zazzy’s opened its third NYC location on Second Avenue in late July; they can also be found in the West Village and Lower East Side. Learn more and view the menus at zazzys.com.