Zazzy’s Pizza, which has Lower East Side and West Village locations, has ‘soft-opened’ at 1477 Second Avenue at 77th Street. (The owners tell us an official grand-opening will take place in August). 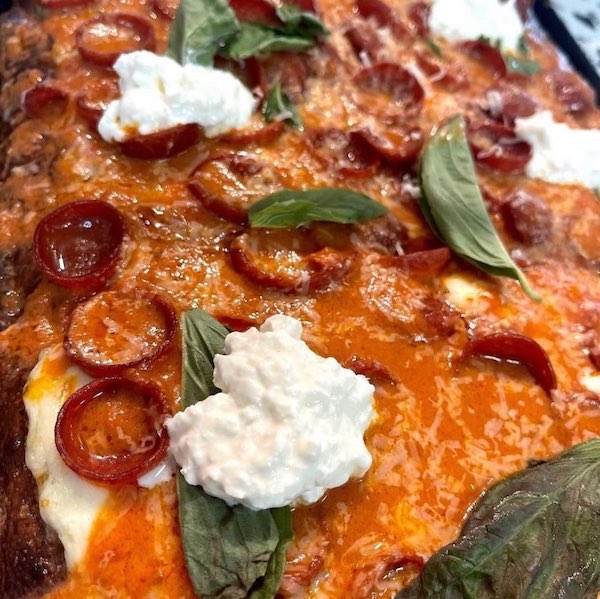 Popular for its customizable square and traditional pies, Zazzy’s also features vegan and plant-based menus. Mozzarella sticks, fried calamari and meatless meatballs can all be enjoyed in plant-form.

While both of Zazzy’s downtown locations opened within the last year, they’ve already attracted celebrity clientele like Jerry Seinfeld and Sarah Jessica Parker.

The pizza place also has an event calendar with “Pizza & Games” nights at its Lower East Side location, which it describes as “a fun night of pizza, games, live sports and food specials. Specials include $1 cheese slice, $2 pepperoni and vegan slices along with unlimited soda.”

Here’s a review from Dave Portnoy of Barstool Sports (at the West Village location earlier this year):

Learn more and view the menus at zazzys.com.