More food and drink destinations are headed for the UES, as a handful of new liquor license applications have been noted on Community Board 8’s website as they prepare for an upcoming committee meeting. (Thanks to ‘Upper West Sider’ for the tip).

It seems that Casa Cruz is getting closer to opening its doors at 36 East 61st Street, between Park and Madison Avenues. The upscale Latin and South American restaurant is known to attract celebrities to its home location in London’s Notting Hill. The NY Post first reported that its owner, Juan Santa Cruz, was planning to expand to the Upper East Side back in December 2019, also noting that he had purchased the building where it will be housed, “a $32 million, five-story, Beaux Arts mansion.” 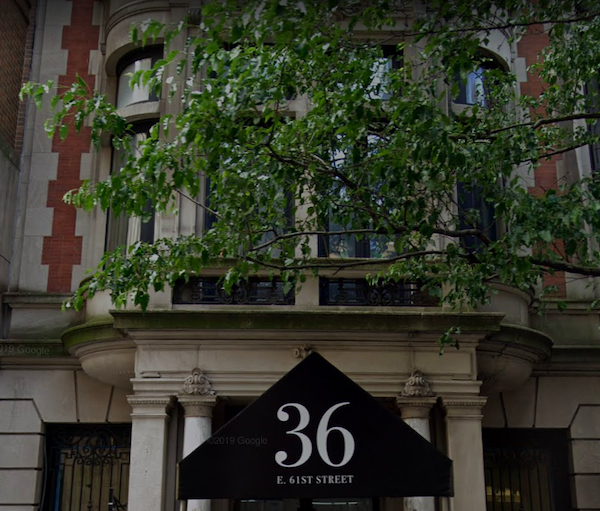 Brooklyn restaurant Calabrije’s Margaritas and Tacos is applying to serve liquor, wine, beer and cider at 1619 York Avenue, between 85th and 86th Streets (formerly occupied by Hometown Dumpling). But most of what you’ll see on this eatery’s social feeds – at least drink-wise – are margaritas, which they offer in 21 flavors. The food menu offers tacos, guac and chips, nachos, quesadillas and more.

At the current home of Serafina Fabulous Pizza – 1022 Madison Avenue, between 78th and 79th Streets – the restaurant group is applying for its license to do business as Bar Penelope.

A new pizza place appears to be opening at 1154 First Avenue, between 63rd and 64th Streets. The name listed on CB8’s website is American Pizza Inc,

A restaurant called Hiramasa is applying for its liquor license to operate at a space at 1312 Madison Avenue, between 92nd and 93rd Streets. This space was previously occupied by French restaurant Le Paris Bistrot. Hiramasa is a Japanese word which describes Yellowtail Kingfish.

Inside Frame, A New Coffee Place on 2nd Ave