We spoke with the new owner, Robert Meller, who lives just minutes away from Rathbones with his wife, Anna. The two of them run Slide Bar-B-Q in Queens and were regulars at the original Rathbones, which ran for 49 years. “I liked the spot, saw the rent sign and went to the landlord,” Meller told East Side Feed, going on to describe the pub as “an iconic, legendary spot.”

Rathbones purists have a lot to be excited about. There will still be saw dust on the floor and the cherished Rathbones chicken wing recipe will fly again. Meller tells us he’s bringing back some of the former kitchen staff as well as the general manager. 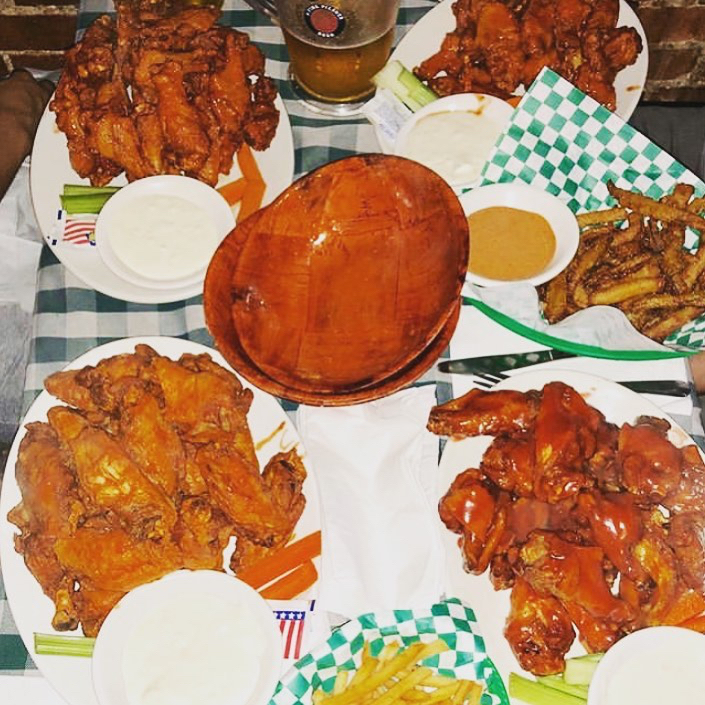 “We’re still going to do wing night. Still going to have entertainment,” said Meller, who went on to tell us about some exciting new additions to the pub: a new backbar, renovations in the bathrooms and kitchen, new lighting, a new surround sound system, and thirteen new TVs, which will show every professional sports game.

Meller will also be bringing some Slide Bar-B-Q soul to the new Rathbones. Two new wing sauces, Thai chili and BBQ, will complement the original Rathbones buffalo wings. They’ll also be doing a signature burger and have a ‘rib night’ for BBQ ribs. The new menu is not complete, but other successful menu items from Slide Bar-B-Q could very well find their way to Rathbones.

Robert told us he’s currently waiting for his liquor license application to be approved, but doesn’t foresee any hold ups there. He plans to open the new Rathbones by mid-February.