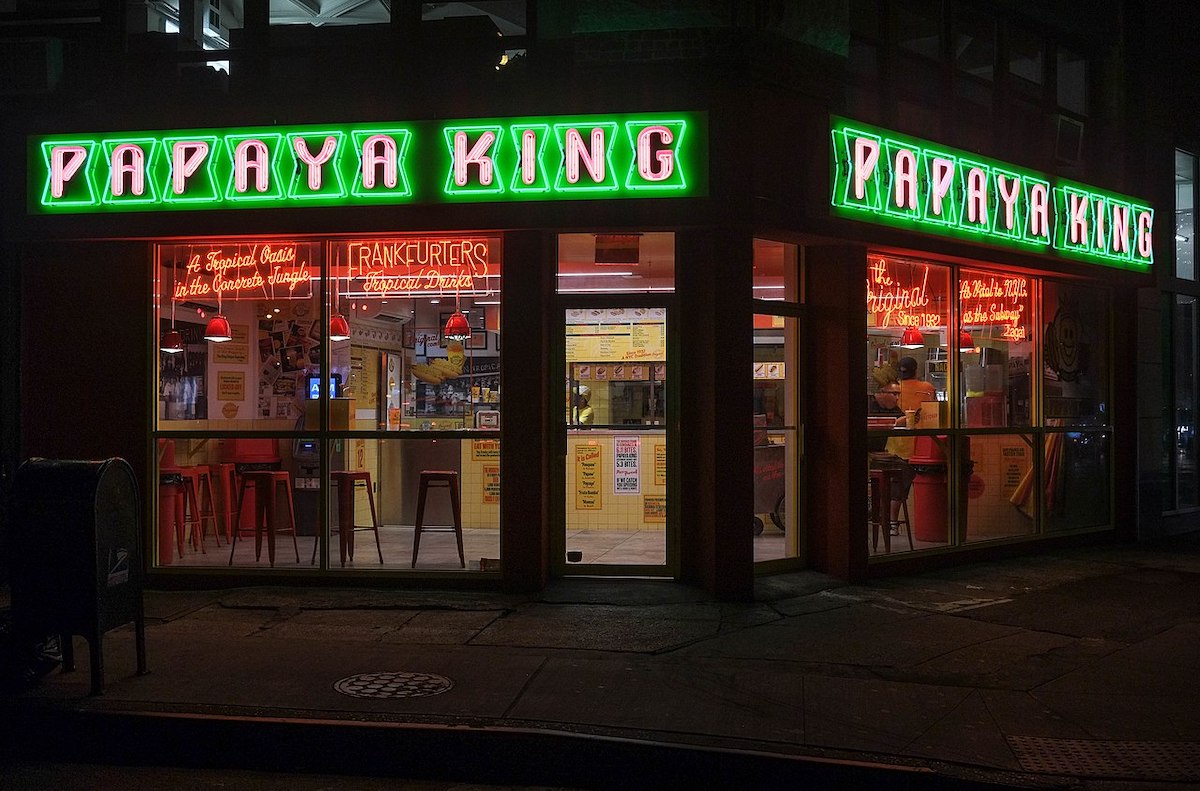 On Saturday, Feltman’s of Coney Island owner Michael Quinn staged a “cash mob rally” to save the Papaya King at 86th and Third Avenue. The original “Papaya Dog” location has been in business since 1932, but “billionaire’s row” development company Extell is expected to demolish the site to potentially build a new high-rise.

Quinn posted a 7-minute YouTube video of his efforts and interviewed a number of locals while unwittingly revealing on camera his hot dog order (mustard and sauerkraut). He told us he was “overwhelmed with support from neighbors who want to halt development plans and keep Papaya King on the corner.”

“I live here on the Upper East Side and I’m here to protest the awful taking of this beautiful landmark from the people of New York,” said Mike Greenberg. “It’s the world’s greatest hot dog stand. If you’ve never eaten here, you should.”

For bonus points, it should be noted that he was carrying multiple pieces of paper which read “landlord is a weenie meenie,” presumably to pass them out.

“It’s a staple of my childhood. The last thing this neighborhood needs is another high rise,” said Averum (no last name given)

Unnamed man: “This is a New York icon. I come here before Yankee games and get hot dogs.”

Quinn appeared several times in the video with passionate speeches about how New Yorkers are always on the go and need places like Papaya King where you can walk up and place your order and go in just a minute. He also shared a personal story of his grandparents going on dates there and his grandfather would tell his grandmother, “we’re going to be dining underneath the umbrella tonight.”

He mentions that Julia Child says “it’s the best hot dog in New York,” and it’s the hot dog that Kramer got out of a movie theater line on Seinfeld for.

At the end of Quinn’s video, he and Frank discuss what makes the best hot dogs:

Frank: “It’s all about the snap and the casing.”

Michael: “Natural lamb casing. Without the snap, it’s just mush. When you bite into it, it pops open like a water balloon. The juice is flowing out of your mouth, and that’s what makes it the consummate hot dog.”

Owner of La Goulue Gets Sued by Investor of Florida Location