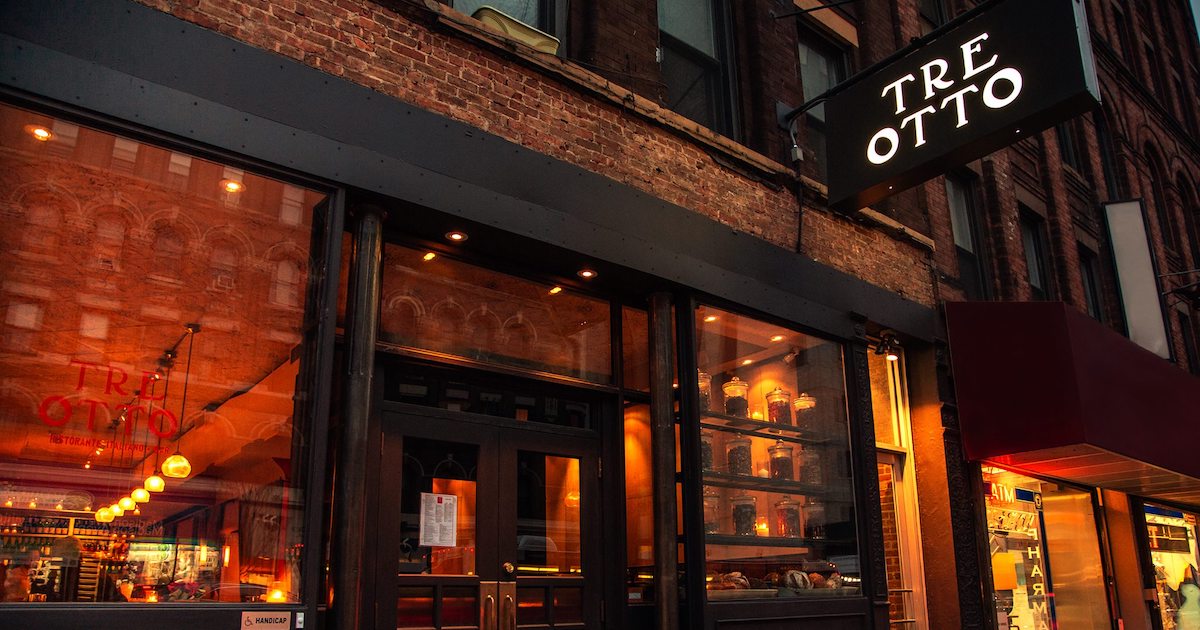 Tre Otto, a family-owned Italian restaurant on the Upper East Side, has closed its doors after 12 years. Laura and Louis Cangiano, the owners of Tre Otto, made announcements this week via social media that Friday, May 27 would be the restaurant’s last day of business.

Tre Otto opened on Madison Avenue in 2009, and was named after Louis’ grandmother, an important influence in the family. “We chose the name Tre Otto because in Italian Tre Otto translates to three eights. The three eights go back to the Matriarch of our family Maria Anna who passed away in Italy on the Eighth day of the Eighth month of 1978,” Louis shared on the restaurant’s website.

The family has a long history with food in New York. Louis’ grandfather, a trained pastry chef from Italy, came to America and began working in a relative’s pork store. That business was eventually passed down to his father and it stayed in the family until 2010, when Cangiano in Staten Island closed.

Originally located in a 40-seat restaurant with a garden, a devastating fire caused Tre Otto to move from 1408 Madison into the space next door. In August 2013, a fire erupted at the first floor restaurant, eventually climbing to the building’s second and third floor apartments. The fire was under control by about 9:30am, but the damage was severe. “We decided not to renovate the burned space,” Lauren Cangiano told the New York Post in January 2015. “It was too small, too expensive and completely destroyed.” They moved into 1410 Madison Avenue next door, a larger space seating 74, and have remained there until now.

“To our neighbors, after 12 years we are closing our doors to our beloved family-owned restaurant Tre Otto,” Lauren wrote on NextDoor. “We wanted to thank our friends and neighbors for visiting over the years. Your smiling faces will be missed.”