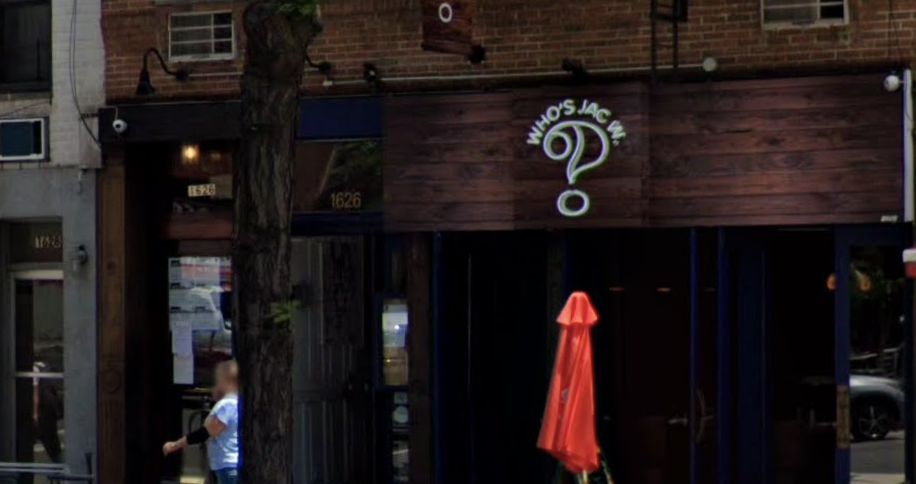 Who’s Jac W.? opened in November 2021 at 1626 Second Avenue (at 84th Street). We’ve now heard (via @uesthings) that the bar and restaurant shut its doors on January 1, according to comedian @brianelberg, who co-hosted a bi-weekly comedy show there. (They’re looking for a new place to perform if anyone has any ideas.)

The sudden closing came a day after Who’s Jac W.? apparently rang in the new year with prix fixe specials, according to an Instagram announcement it had shared on December 20.

A few staffers told Elberg that business had been very slow, which came as a surprise to the comic, who said they always seemed to be doing fairly well.

Chef Joel Reiss (Artisanal, Park Avenue Café, S Prime Steakhouse, Maloney and Porcelli, Odeon and Orsay) had partnered with Peter and Frank Pecora (owners of Delizia 73) to develop the concept, which according to its website was “Inspired by the eccentric feeling and vibe of the downtown LES.”

Who’s Jac W.? was popular for its creative specialty cocktails, and got quite a bit of media attention for its Nashville Hot Frog’s Legs.

We called the restaurant for more details but the mailbox was full. We’ll update this post if we learn more.