It happened on Saturday at about 4:30 p.m. Police say that when an 80-year-old woman was riding a 6 train, an unknown individual (shown in the video above) assaulted her when the train reached the 68th Street station.

The suspect “hit her with his hands multiple times on her head, back and shoulder causing her to fall to the floor,” said NYPD officials.

He then exited the train at the East 59th Street station and is currently on the loose.

The NYPD describes the suspect as “male, approximately 40 to 45 years of age, 6’2″ tall, 170 [pounds].” Police say he was last seen wearing a black shirt, black and red leather jacket, baggy jeans, red and black sneakers, and that he was carrying a large paper bag.

Surveillance cameras caught the suspect at the incident location. 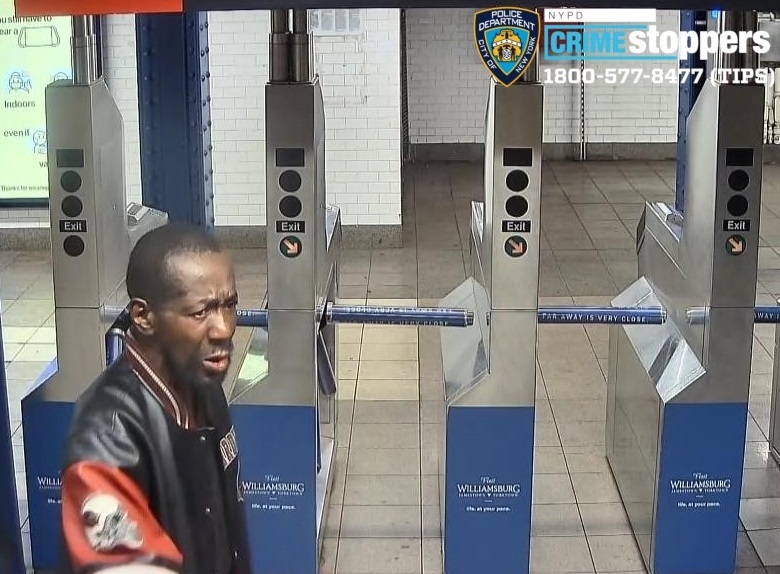 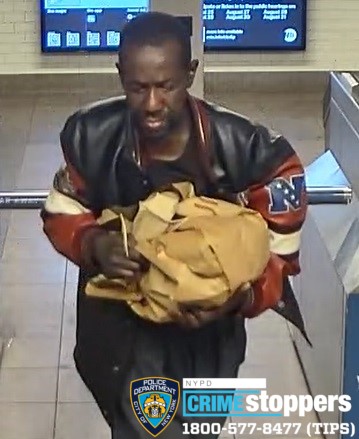 The news of this disturbing incident comes about two weeks after an 18-year-old was robbed at knifepoint on the subway platform at East 68th Street.