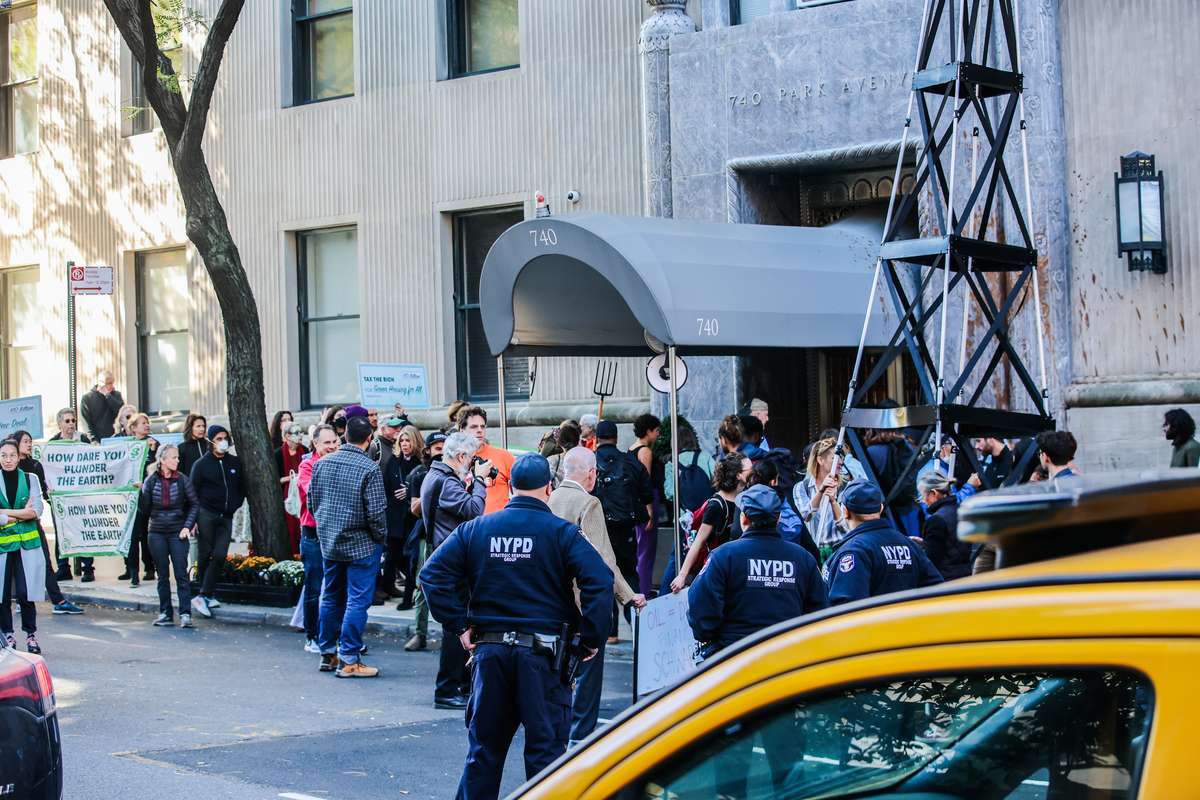 A group of climate activists stormed upon the legendary and exclusive 740 Park Avenue on Thursday.

The co-op, located between East 70th and 71st streets, has been home to a plethora of rich and famous residents like David Koch, Jacqueline Kennedy Onassis, Ronald Perelman, Steve Mnuchin, and billionaire Blackstone CEO Stephen A. Schwarzman.

It was Schwarzman the protesters were targeting, and it was primarily over his fossil fuel investments. The activists, many of whom were costumed, chanted in unison while two participants tossed the contents of open soup cans against the exterior of the prominent building.

“If we tax the rich, maybe we won’t have to eat them”. #OccupyParkAve pic.twitter.com/2CA0uT3yT4

In another video, a police officer can be heard on a speakerphone as members of the media surrounded the chaotic standoff. “I am ordering you to leave these premises now. If you refuse to leave, you will be arrested on charges of trespassing.”

An NYPD official we spoke with just before 1 p.m. told us a total of eight individuals had been arrested at that time.

About the soup. The protestor who tossed it told a reporter they were inspired by the recent climate protest in London, in which a can of soup was thrown on Van Gogh’s ‘Sunflowers’ painting. The soup-thrower added, “[The protesters] want everybody to know that while billionaires care about things like art more than the planet, people are dying of starvation, and everybody needs to care about climate change and wealth inequality.” 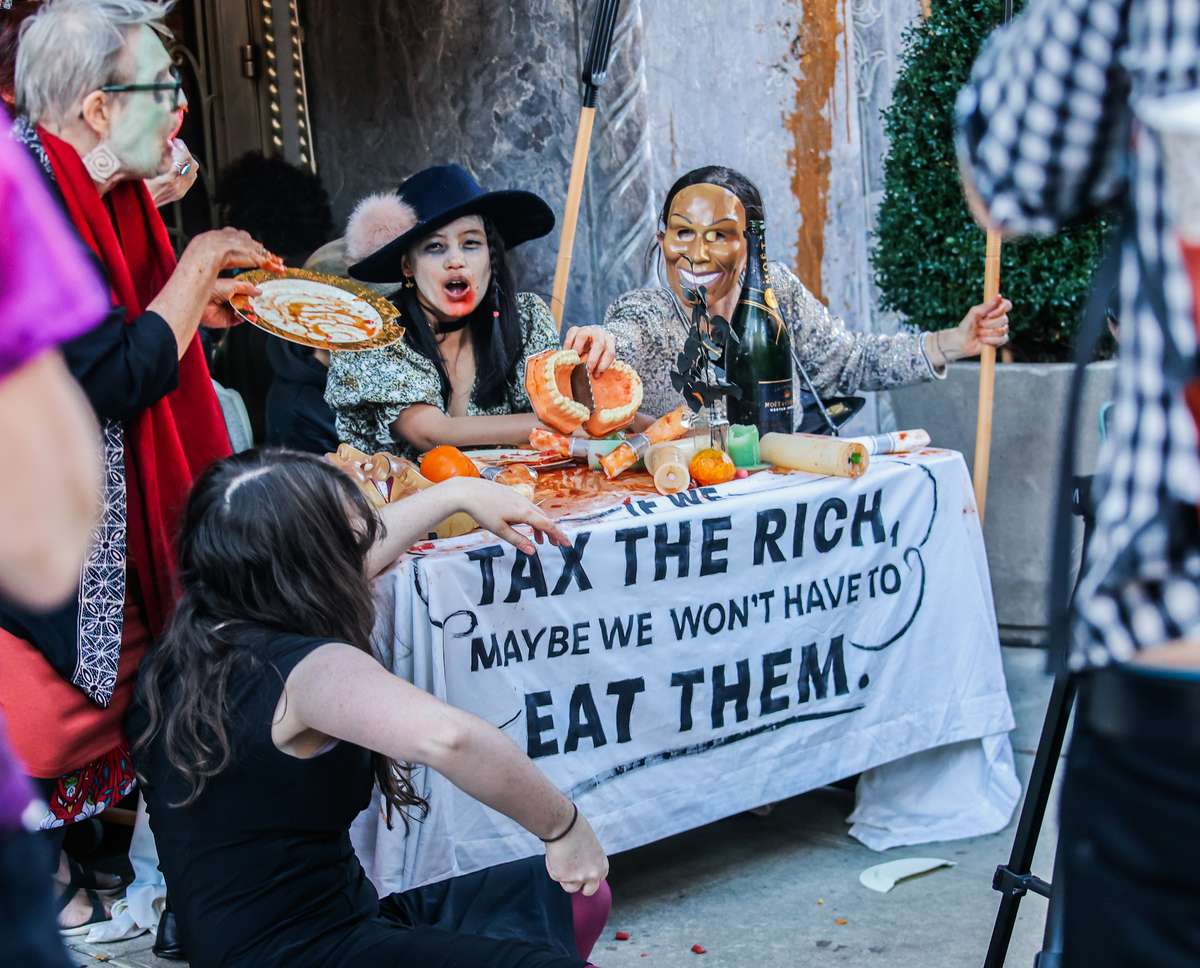 The protest was part of a weeklong “series of disruptions which target New York’s 1% and corporations for their outsized role in driving the climate and inequality crises as the 10th anniversary of Hurricane Sandy approaches,” according to a press release from Extinction Rebellion NYC, New York Communities for Change, and Sunrise NYC.

“Blackstone owns at least 11 fossil fuel companies and is the world’s largest private landlord,” said Alice Hu, climate campaigner from New York Communities for Change. “They are torching the planet and increasing their profit margins while the average New Yorker is experiencing skyrocketing housing costs amid a cost-of-living crisis. We’re calling on Governor Kathy Hochul, who should step up and be a climate hero, to tax the rich for green housing for all so that the 1 percenters responsible for the climate and inequality crisis pay for the solutions. And we’ll be back to target more fossil fuel billionaires so long as we continue to careen toward an unlivable future.”

On Wednesday, protestors showed up at Blackrock’s NYC headquarters on East 52nd Street.