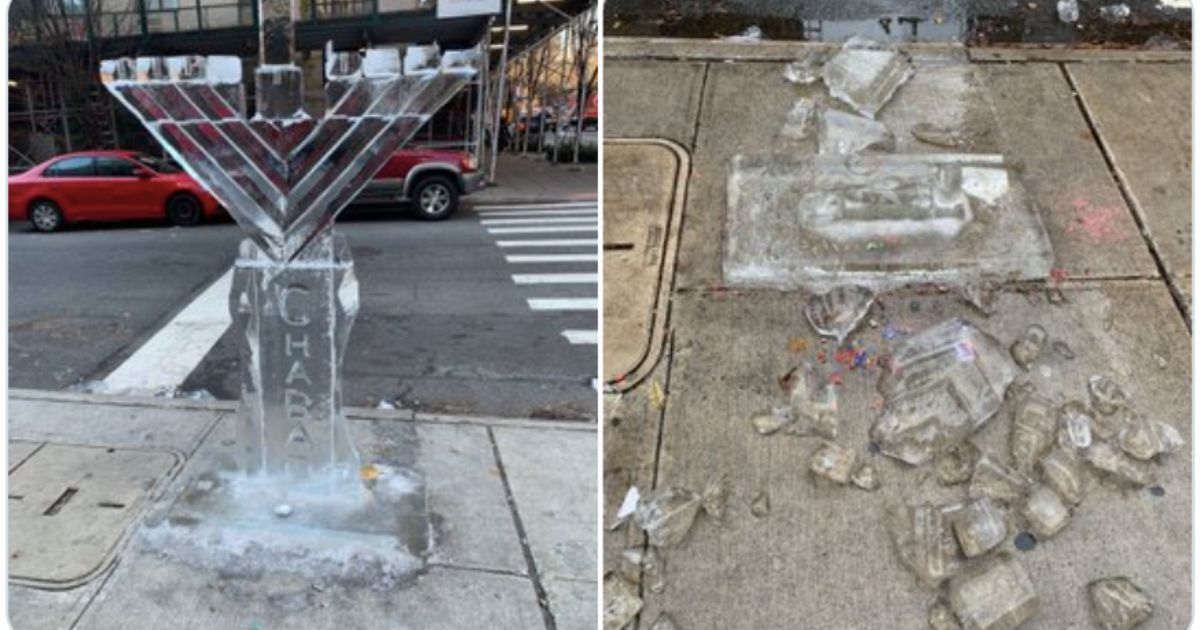 A carved ice menorah on 93rd and Second Avenue was vandalized on Wednesday evening.

“It was smashed into pieces in what appears to be an antisemitic hate crime,” wrote @Jews_of_NY and @stop_antisemitism in a shared Instagram post, which displays before and after photos of the sculpture.

The menorah had been commissioned by Rabbi Uriel Vigler and wife Shevy Vigler of Chabad Israel Center.

“This was definitely a malicious and intentional act. The ice was smashed from both sides. Also on Sukkot we faced this kind hate when our sukkah was vandalized,” said Rabbi Vigler in an interview with Jews of NY.

The earlier incident he’s referring to took place on October 8, one day before Sukkot began, when a man urinated inside of the sukkah.

“Even though we no longer have this ice menorah we still plan to light the 5th night tonight and pray that light will win over darkness like it alway has for the Jewish people,” Rabbi Vigler added.