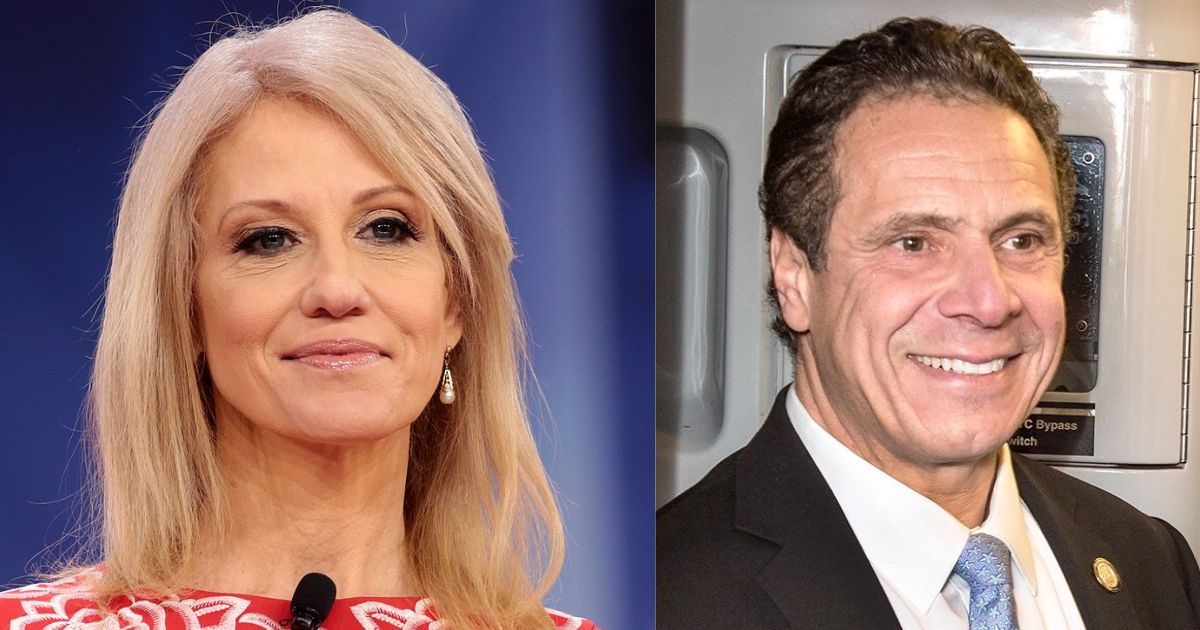 The unlikely political pair were photographed leaving the Italian restaurant at a bit after 10 p.m. by both the NY Daily News and New York Post; Cuomo was sporting a blazer and button-down (despite the cold temperature) while Conway was wearing a winter coat and leather knee-high boots.

The nature and purpose of their get-together was unclear.

While Cuomo has bashed Trump for years, critics have pointed out similarities between the two men, like that both have been accused by multiple women of sexual misconduct, both have been accused of being bullies, and both were born in Queens. “Their hubris, their narcissism, the fact that they both come from families with domineering fathers — there is this weird symbiosis that exists between Cuomo and Trump and the way they act,” said former Trump lawyer Michael Cohen.

The dinner took place just a few weeks after Conway sat for a deposition by the committee investigating the January 6 Capitol riots, during which she indicated she will not be working on Trump’s 2024 presidential campaign.

Former Gov. Cuomo announced his resignation in August 2021 after multiple accusations of sexual misconduct. He denied the allegations but did indicate there may have been some misunderstandings. “I thought a hug, and putting my arm around a staff person while taking a picture was friendly, but she found it to be too forward,” the disgraced governor said at the time. “I kissed a woman on the cheek at a wedding, and I thought I was being nice, but she felt that it was too aggressive. I have slipped, and called people ‘honey,’ ‘sweetheart’ and ‘darling’; I meant it to be endearing, but women found it dated, and offensive.”

Kellyanne Conway announced her departure from the White House in August 2020, stating at the time that she and husband George Conway III (a long-time Trump critic) wanted to make changes for the benefit of their four children. “We disagree about plenty but we are united on what matters most: the kids,” she said at the time. George also announced his withdrawal from The Lincoln Project “to devote more time to family matters,” he stated on Twitter.

Maloney Slams Extell For Pushing Out Papaya King, Even Though Her Campaign Has Taken Money From Extell’s Chairman