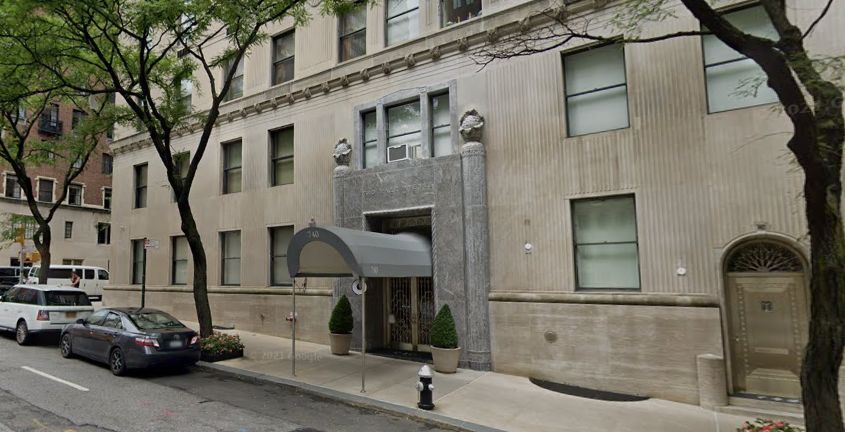 The call to tax the city’s wealthiest residents grew a little louder on Thursday. A rally of at least 50 people, including a few elected officials, held steady in the rain outside of 740 Park Avenue (at 71st Street) in hopes that changes to the state’s tax system would see the richest pay their fair share.

The exclusive 740 Park Avenue was once renowned as one of New York’s “Towers of Power.” It’s 31 residences were built in 1912 by the grandfather of Jacqueline Kennedy Onassis, who lived there as a child. It has been home to John D. Rockefeller, David Koch, Charles Dyson, and Blackstone founder Steve Schwarzman, to name a few.

So, it is not surprising that it was targeted by the rally organizers Invest in Our New York, a coalition comprised over 100 statewide organizations looking to persuade lawmakers to close New York’s inequality gap.

Its 2023 goal seeks to have “the Governor and State Legislature to continue raising public funds by making corporations and the ultra-rich pay what they owe and to invest in funding universal childcare, free public higher education, social housing, climate justice programs, and helping New Yorkers make ends meet.” Simply, Invest in Our New York is tired of seeing the majority of New Yorkers breaking the bank to cover the basics while the billionaires, including 129 in the state, have seen their collective net worth soar by about $1.5 trillion during the pandemic, according to AMNY.

The call to tax the rich isn’t new, but the growing movement to actually make it happen seems like it is. Add this to the growing storm of what seems like a daily stream of financial uncertainty and angst: close to home, median rental prices continued to rise in 2022 despite cooling nationwide, inflation and the cost of eggs, and the truth finally revealed about Donald Trump’s tax returns.

Though the coalition is seeking to tax the rich, it has stated that its call to do so is not to bleed them dry. Invest in Our New York feels it is asking for the rich to be taxed fairly and is asking lawmakers to “raise income taxes on the top 5% of earners, create a new state inheritance tax, and establish a “mark-to-market” tax on passive investment income like dividends,” according to AMNY. In turn, that money – estimated be over $40 billion – would be used for public and social program investments like education, healthcare, increasing minimum wage, and universal childcare instead of stadiums and tax breaks.

The next state budget is due April 1, but Governor Hochul will unveil her 2023 State of the State program in February that should give a peak into where that budget will be focused.

The rally on January 19, which Patch was first to report on, was attended by several lawmakers who support some form of the tax revisions including State Senators Jabari Brisport, Gustavo Rivera and Robert Jackson, as well as Assembly Members Michaelle Solages, Jessica Ramos, Jessica González-Rojas, Ron Kim, and Harvey Epstein.