Signage is up for jewelry store Alexis Bittar at 1001 Madison Avenue, between 77th and 78th Streets – previously home to Mariko. (Thanks to ‘Upper West Sider’ for the tip and photo). 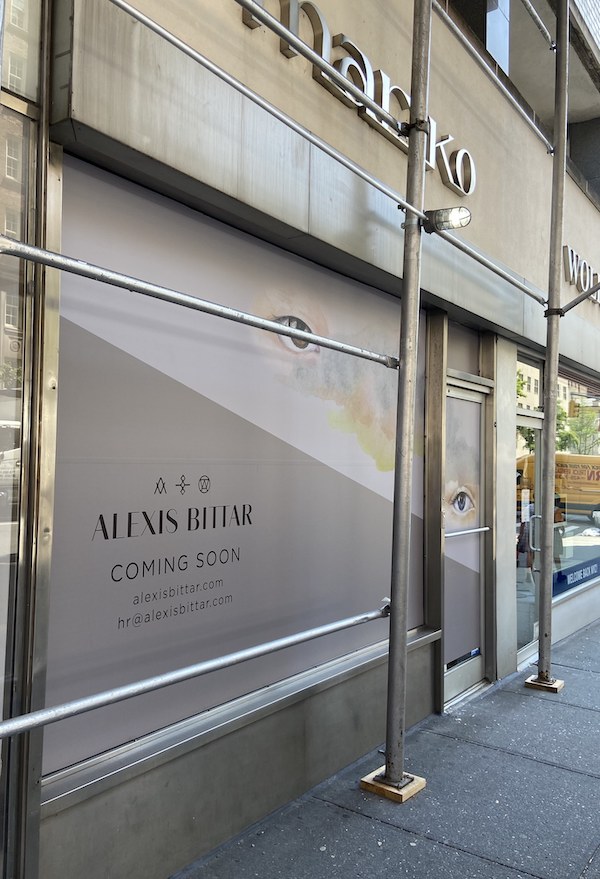 A couple block away, the space at 962 Madison Avenue – between 75th and 76th Streets – has also been leased, according to Judson Realty. We’re not sure what company is moving in but we’ve reached out to Judson for more info. This space was previously occupied by Onia, a swimwear retailer.

In food and drink news, Beyond Sushi has launched a late night happy hour at its UES location at 1429 Third Avenue at 81st Street. “For those who like to eat (and drink) late…we have a spot for you,” Beyond Sushi wrote on its Upper East Side Facebook page. “On Fridays and Saturdays, we’re turning our Upper East Side location into a vegan bar! Get an awesome menu of snacks and HALF OFF all drinks from 9:30pm – 1am. Get ready for a good time.” Signature cocktails include a Chili Mango Margarita, Coco Rum, and Lychee Lavender Martini. Here’s the website for Beyond Sushi’s UES restaurant.

What Happened to Garnet Wines & Liquors?

Village Square Pizza Opens on Upper East Side Next Week