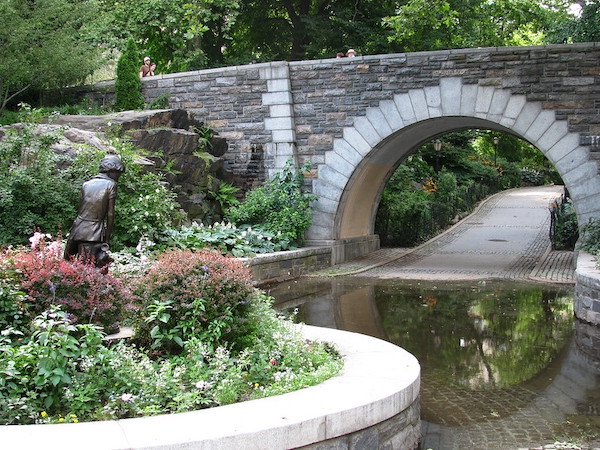 The 1970s was a decade that many New Yorkers would probably prefer to forget. The city was on the verge of fiscal collapse, public transit faltered, infrastructure decayed, and criminal activity jumped. When then Mayor Abe Beame pleaded with the feds for a bailout of sorts in 1974, the response was short and swift according to a headline published in the NY Daily News: “Ford to City: Drop Dead.”

Amidst the increasing blight, however, at least one source of beauty and tradition managed to take hold: The annual Gracie Square Art Show at the Upper East Side’s Carl Schurz Park.

The show carries on again this weekend – for the 48th time – showcasing over 100 painters, sculptors, photographers, and other creatives, rain or shine, from 10 a.m. to 5 p.m. on both Saturday and Sunday, September 10 and 11. According to a recent press release, the “Art Fair Source Book” — the acknowledged #1 Guidebook for Art Fairs and Festivals in the U.S. — has, in the past, ranked the show in its top 100 for Sales of Fine Art at juried fairs and festivals.

Patrick McCluskey, Executive Director of the Carl Schurz Park Conservancy, said that exhibitors have been carefully screened by a small jury, as they have been in years past. “We try to have at least three to five sculptors, but quality is our number one concern which means most of the works are paintings or photographs.”

Many of the exhibitors are invited to return each year, although McCluskey says visitors can also look forward to some new works in 2022. A complete list – including representative works – is available online at graciesquareartshow.com.

Almost all of the pieces are one-of-a-kind and are suitable for home or office settings.Treats and refreshments provided by Yura on East End Avenue will be available at the Gracie Square Art Café.

And for children who are inspired to do a bit of creative work of their own, staff will be onsite in the Catbird section of the Playground from 10:00 a.m. until noon each day, leading hands-on art projects like the basics of drawing and painting. There will also be a Pollinators of the Park art project on Saturday and Birds and Trees of the Park Collaging on Sunday.

All proceeds from the show (from the application fee and booth charges) will go towards the upkeep, restoration and renovation of Carl Schurz Park.

For more information on the show, visit gracieartshow.com  or call the conservancy at 212.459.4455.

October Street Fairs and Block Parties on the Upper East Side