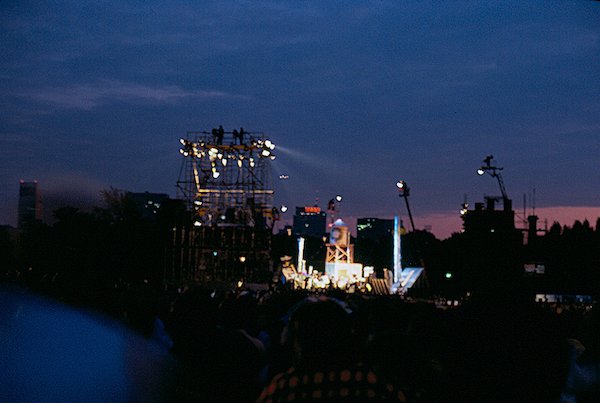 The hustle and bustle is reemerging in NYC. Playing off those notes, Mayor Bill de Blasio is planning a large-scale ‘mega-event’ with an estimated 8 iconic stars for a three-hour performance in Central Park. It’s expected that the concert, scheduled to take place on August 21, will attract 60,000 live attendees and a worldwide television audience. Rock and Roll Hall of Fame record producer and five-time Grammy winner, Clive Davis, is helping to organize this behemoth event to mark the occasion. Artists have yet to be announced.

Davis, a Brooklyn native, told the New York Times, “I can’t think of a better place than the Great Lawn of Central Park to be the place where you say that New York is reopening.” Davis said he got the call from Mr. de Blasio three weeks ago and recalled the mayor asking him to present an event in partnership with the city that would celebrate New York’s reopening while emphasizing the need to vaccinate more young people.

The current working title for the event is “The Official NYC Homecoming Concert in Central Park.”

The greatest city in the world is back and we’re going to celebrate the #SummerOfNYC and our comeback in style.

The homecoming will be held on Central Park’s 13-acre Great Lawn, grounds that have previously seen legendary performances like the reunion of Simon and Garfunkel, which drew 400,000 people in 1981.

The New York Philharmonic holds the record for attracting the Great Lawn’s largest crowd, with 800,000 in 1986.

Global Citizen Festival has also showcased major events on the Lawn since 2012, taking a break in 2020 due to the pandemic.

The mayor’s office noted there would be vaccinated and unvaccinated sections of the concert, with roughly 70% of tickets going to people who are vaccinated. Mr. de Blasio reminisced about seeing Stevie Wonder at Global Citizen in 2017. “It’s an absolutely stunning place for the concert,” he said. “It makes you feel a deep connection to New York City.”

Live Nation is involved with the production, and the majority of tickets will be free, although there will be some V.I.P. seating, Davis says. Details on how to acquire tickets have yet to be announced.

“There’s a mental attitude that I think we are all looking forward to,” said Clive Davis. “That the future is bright and healthy for this country, for the world and for New York City.”