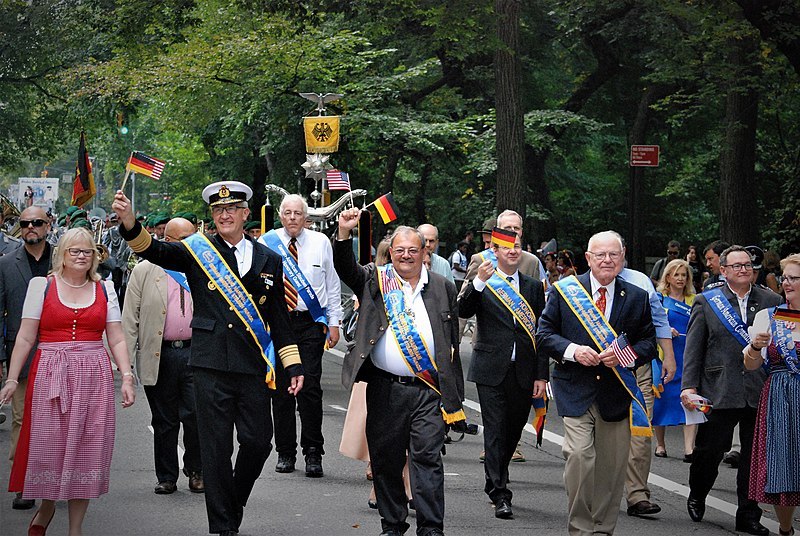 This Saturday, September 17, the 65th annual German-American Steuben Parade will take place on 5th Avenue between 68th and 86th streets from 12 p.m. to 3 p.m. Considered one of the most colorful parades in New York and attended by tens of thousands of locals and overseas visitors alike, this cultural celebration features traditional costumes and dances, ornate floats, marching bands, and displays from clubs and organizations from across Germany, Austria, Switzerland, the United States, and Canada. Additionally, the cornflower and the German and American flags serve as symbols of the parade. 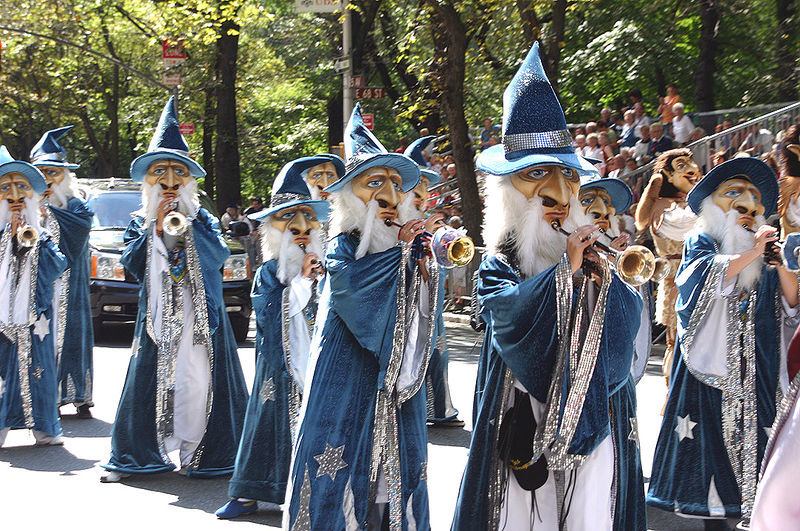 A German Guggenmusik band performs at the Steuben Parade in New York. Photo by Steu111 at English Wikipedia, Public domain via Wikimedia Commons

The parade is led by Miss German-America and her court, who are crowned every May and serve as young cultural ambassadors throughout the tri-state area; cadets from the German Language Club of the Military Academy of West Point; and Grand Marshals, who are selected based on their contributions to the German-American community. This year’s Grand Marshals are Axel Dittmann, Deputy Chief of Mission at the German Embassy, and Dirk Breuer, Mayor of Huerth, Germany. Both the German flag and the American flag are carried by the Honor Guard.

Souvenirs, including t-shirts, beer glasses, and pins, are available for purchase. 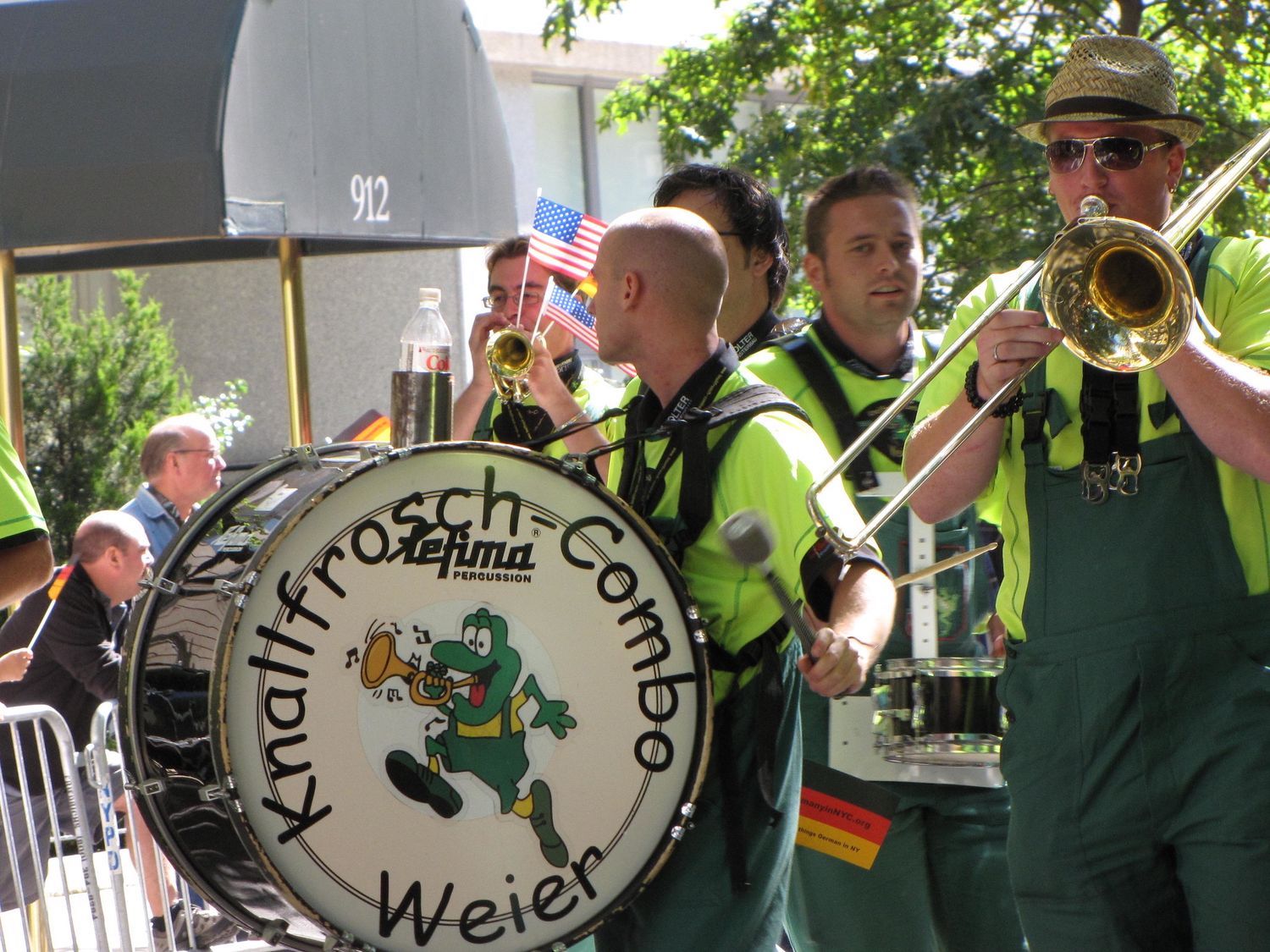 History of the Parade

The Steuben Parade is named after General Friedrich Wilhelm von Steuben, a Prussian-born American general who served alongside General George Washington in the American Revolution. von Steuben’s training of young American troops was critical in the American victory against the British. von Steuben is also the founder of the Military Academy of West Point.

Founded in 1957 by German Americans and German immigrants to the United States, the Steuben Parade takes place each year on the third Saturday of September to celebrate German-, Austrian-, and Swiss-American culture, traditions, and achievements. Furthermore, the parade is a tribute to the friendships between these countries and the United States and the sociopolitical and economic implications of these friendships, such as the end of the Cold War and the fall of the Berlin Wall.

Prior to the first annual 5th Avenue Steuben Parade in 1957, a weekend-long German-American celebration took place in Brooklyn, in April 1956. It began with a concert at the Brooklyn Academy of Music, continued with a parade down Myrtle Avenue, and ended with a gala at Schwaben Hall on Knickerbocker Avenue. Because this event was so successful and received so much support from local clubs and businesses, the founders were inspired to start an annual parade.

The first official German-American Steuben Parade was held on 5th Avenue in 1957. From 5th Avenue, it turned onto 86th Street, then often referred to as “German Boulevard” because of its German shops, beer gardens, theaters, restaurants, newspapers, and dance halls. The US and German flags were presented by the respective presidents, Dwight D. Eisenhower and Theodor Heuss. 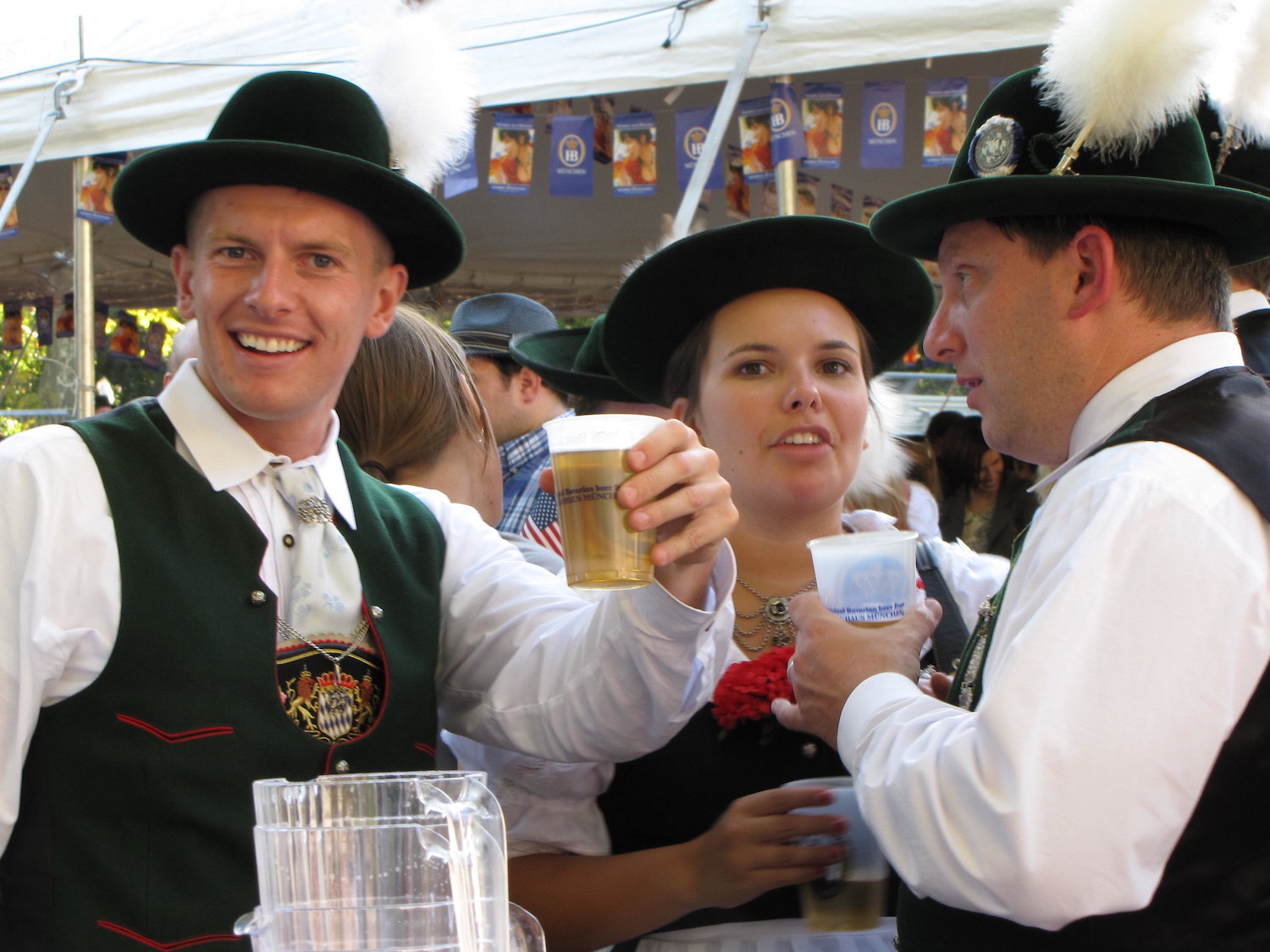 The night before the parade, there will be a gala and silent auction at the Lighthouse at Chelsea Piers from 6 p.m. to 11 p.m. This formal event will include a seated dinner and open bar. German restaurants, butchers, and caterers from around the New York metropolitan area will sponsor chef stations. Silent auction items include a Christoph Nieman print, jewelry, collector items, and lunch at the residence of the German Consul General. Tickets to the gala can be purchased here, and presence at the gala is required to bid on auction items.

Can’t make it to the parade in person? Fear not! It will also be available via livestream.

Party on the Esplanade!

Music, Art, and a Flea Market on 1st Ave