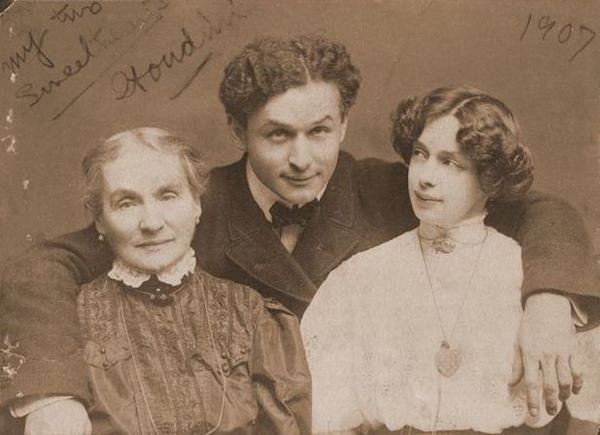 Houdini with his mother and wife, 1926 [public domain via Wikimedia Commons]

On Halloween in 1926, Harry Houdini died in Detroit, Michigan. Contrary to popular belief, he did not die performing one of his most famed stunts. He was, however, punched in the abdomen by a medical student in Montreal and – nine days later – succumbed to peritonitis after his appendix burst. It is unclear whether the trauma of the punch led to the appendicitis.

Before all of this, Houdini was a New Yorker … an Upper East Sider and a resident of Harlem.

Born in Budapest, Hungary as Erik Weisz on March 24, 1874, the future illusionist immigrated to Appleton, Wisconsin with his family when he was four years old. The family name changed to Weiss. Erik changed to Ehrich, nicknamed “Ehrie” or “Harry.”

“The greatest escape I ever made was when I left Appleton, Wisconsin.”

Raised in a rabbinical household, young Ehrich ran away at a young age – somewhere between nine years old and twelve years old – and worked as a trapeze artist and contortionist with the circus. He became fascinated by French conjurer Jean-Eugène Robert-Houdin, from whom he adopted his famous stage name.

The young entertainer rejoined his family as a teenager in Yorkville tenements, first at 244 East 79th Street and then at 305 East 69th Street. He began to hone his craft on the roof of the latter while working at H. Richter’s Sons necktie factory. He soon hit the vaudeville circuit and thrilled crowds with his “magical illusions” as Harry Houdini. 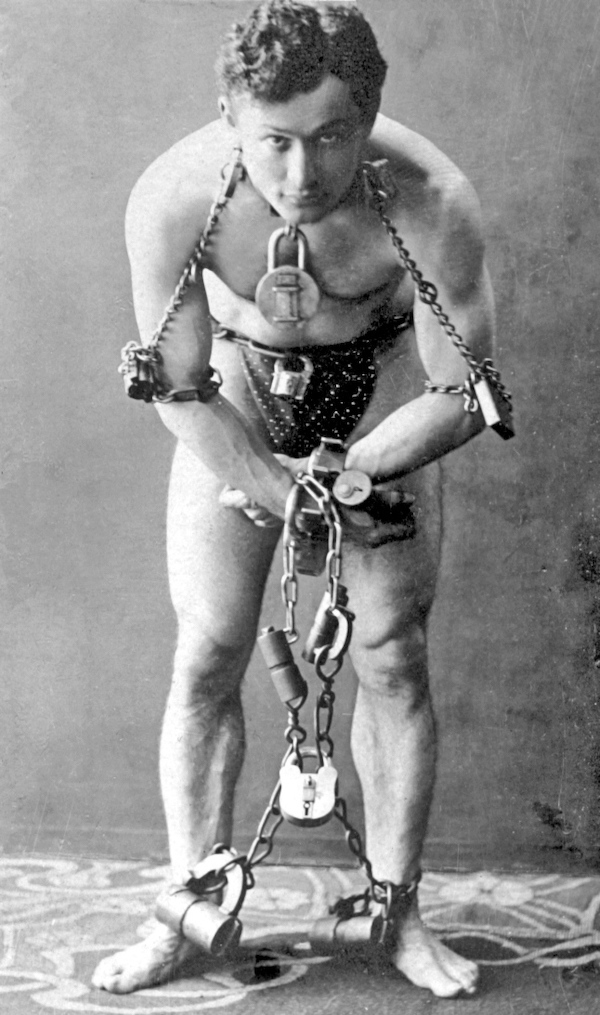 The escape artist made his away to Europe in 1900. He went to local police stations, including Scotland Yard, and challenged the law enforcement officers to lock him up. They did. And he escaped over and over. He also challenged locals to build contraptions to test his skills. He again escaped over and over. “By the time he returned to New York in 1905, the immigrant boy had become the world’s master escape artist and Europe’s best-known vaudeville attraction.”

“Anyone who believes in magic is a fool.”

Houdini moved with his wife into a row house at 278 West 113th Street. He continued to mystify audiences in and out of New York with his celebrated and increasingly dangerous tricks. He escaped from the belly of a “sea monster,” countless straight-jackets while hanging upside down (often suspended between the city’s new skyscrapers), and milk cans overflowing with water.

In 1912, he freed himself from a crate “nailed shut and sealed with rope and steel bands, and the whole package dropped into New York Harbor,” according to the New York Times. A year later, Houdini wowed a riverside crowd when “he was locked in irons and thrown into a small cell on a prison ship, the Success, docked at the 79th Street Boat Basin. He escaped in an hour, jumped out a porthole and swam to shore.”

“I am Houdini and you are a fraud!”

During his life, Houdini was a private pilot and silent film star with his own movie studio, according to History.com. His West 113th Street address remained his home for over twenty years until his death. The townhouse sold for $3.6 million in January 2018. His childhood home at East 79th has a plaque dedicated to his honor. The King of Handcuffs is buried at Machpelah Cemetery in Queens. 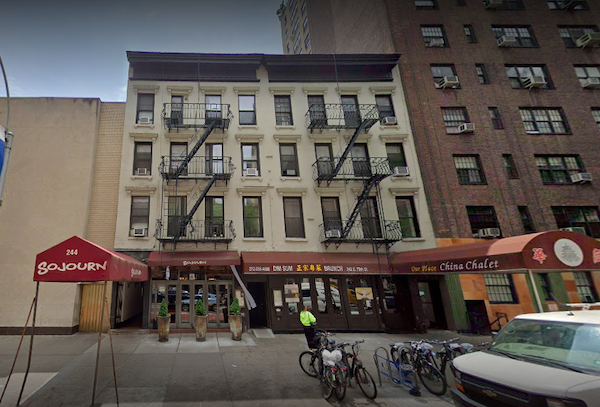 Before he died, Houdini diligently worked to discredit those claiming to have the ability to communicate with the dead. However, his efforts to debunk these claims of the supernatural did not stop him from making a promise to his wife Bess to try to contact her from beyond the grave.

Bess spent ten years holding seances hoping to hear from her beloved Harry after he passed away. She eventually gave up. “Ten years is long enough to wait for any man,” she reportedly said. Fans and curiosity seekers alike have not given up. Seances are held annually on Halloween. To date, Harry Houdini has not sent any messages from the grave.