The list of live music continues to grow for Central Park SummerStage. This year is stacked! It’s now been confirmed that Wynton Marsalis, one of the absolute greatest trumpet players of all time, will officially open the season on June 17, performing with the Jazz at Lincoln Center Orchestra, where Marsalis serves as artistic director.

The group that performed the very first SummerStage show ever, Sun Ra Arkestra, is back. Although the band lineup has made several changes since its first performance in 1986, Sun Ra is still known as an excellent jazz collective, and will be joined by the Sistazz of the Nitty Gritty on July 18.

George Clinton & The Parliament Funkadelic are coming out of retirement to return to SummerStage on July 27. In 2019, George Clinton was the first show announced at SummerStage for their farewell tour. Clinton is now 79 years old now, so if you’ve never gotten the chance to see him, better late than never to catch one of the most influential funk acts of all time.

The members jazz-funk fusion band Galactic – who also own the historic Tipitina’s music venue in New Orleans – will come up to bring the jams on July 11.

But my absolute favorite show on the schedule this season is a legend near and far: rock icon and major component of the NYC punk rock movement in the ’70s, Patti Smith, who will be hitting SummerStage on September 19. 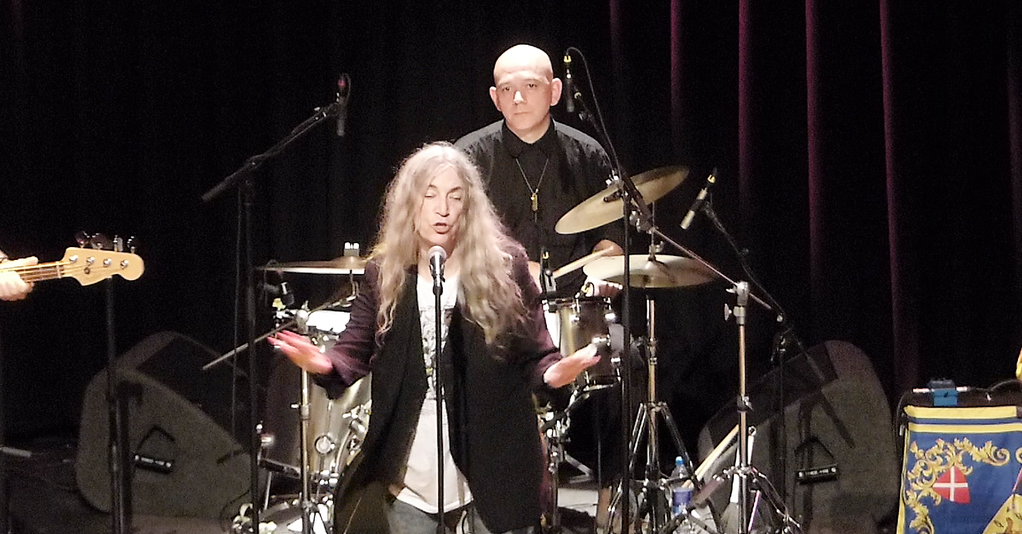 Patti Smith in Paradiso, Amsterdam on the 6th of August, 2018. Photo by Elekes Andor via Wikimedia Commons.

The SummerStage lineup also includes the incendiary New York City rap duo, Armand Hammer, joined by prolific producer, The Alchemist. The Brooklyn based Afrobeat band Antibales are also on the slate and it doesn’t stop there. Chris Boti, Dom Salvador and Tito Nieves will all be there along with dance companies Complexions Contemporary Ballet and Parsons Dance. A summer recital with the Metropolitan Opera is on August 7.

You can also enjoy a fun flashback to the ’90s with Barenaked Ladies, Gin Blossoms and Toad the Wet Sprocket, who take stage on July 6.

To ensure the safety and comfort of all guests, all shows will require pre-registration for free tickets, which will be distributed in advance of the show. New venue safety guidelines will also be in place. For the latest safety protocols and more information on SummerStage’s temporary guidelines, visit their safety page and their FAQ page.

SummerStage will also be live-streaming many of the performances this year. Visit SummerStageAnywhere.org to tune in from, well, anywhere.

“Succession” Filming on Upper East Side, Upper West Side This Week