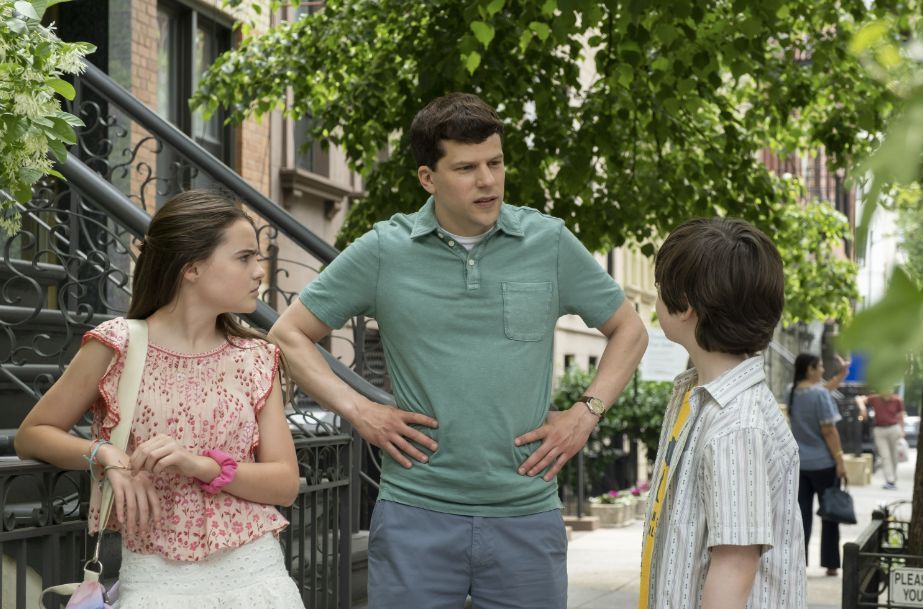 A new era of uptown entertainment from your TV screen is upon us. Based on the novel by Taffy Brodesser-Akner, “Fleishman Is in Trouble” — starring Jesse Eisenberg, Claire Danes and Lizzy Caplan — premiered on Hulu on Thursday, November 17. Teeing up the backdrop of this new comedic drama is life and culture on the Upper East Side and greater New York.

In the show, the world of Toby Fleishman (Jesse Eisenberg) has turned into a spinning thrill ride since he’s become newly divorced. He’s scoring big on dating apps all while winning a promotion at work and managing the two kids since his ex-wife Rachel (Claire Danes) went away on a high-end yoga retreat and becomes unresponsive to their set schedule.

A scene early on in Episode 1 takes place at the 92nd Street Y and sets the tone early for some of the culture war that seems to be unfolding between old money versus pure ambition and emotional evolution. For context, Fleishman is making $300,000 a year as a doctor (hepatologist), but that apparently was never good enough for his ex-wife, whose family made their fortune in the pharmaceutical business with the success of an anti-depressant pill that doesn’t affect sexual arousal. Libby (Lizzy Caplan) plays a key dual role as the narrator representing many of Toby’s inner thoughts and one of his best friends from the past who comes back into the picture when Fleishman’s therapist suggests he reconnect with friends he had before getting involved with his ex-wife.

Over the course of the first two episodes – both of which premiered on Thursday – additional scenes take place at the Upper East Side’s Madame Bonte’s Café and The Corner Bookstore.

A Mega Concert in Central Park to Celebrate NYC’s Reopening