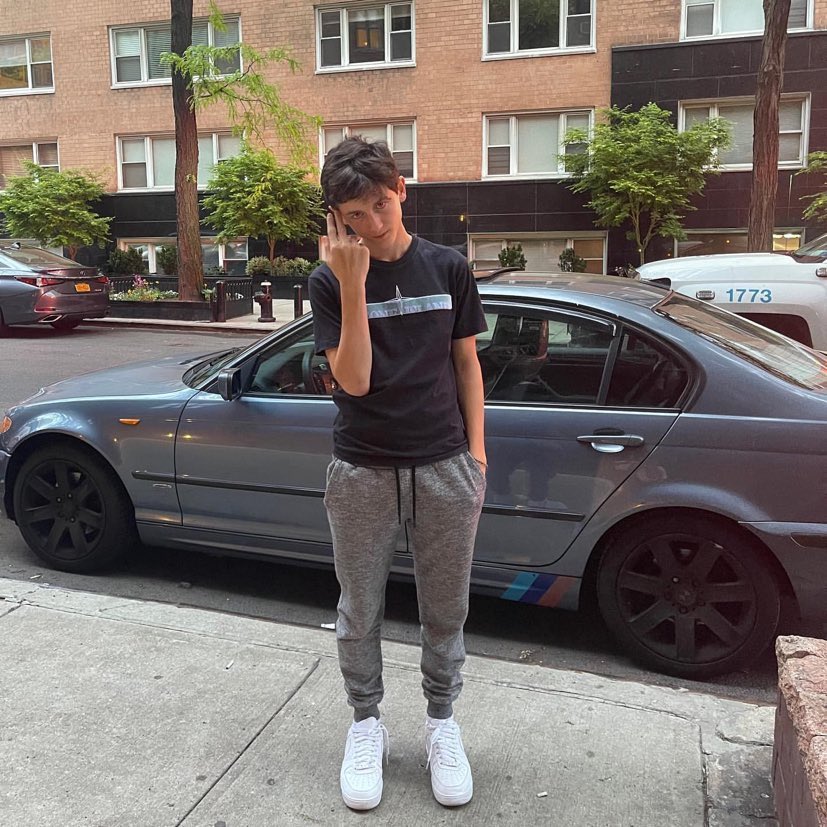 Known as Lil Mabu, a 17-year-old New York native has amassed 2 million followers on TikTok alone and has snagged a slew of chart accolades on Spotify and YouTube.

As first reported by the New York Post, the lyrics in his raps (which primarily focus on avenging his opposition, the dangers of snitching and occasionally robbing jewelry stores) are a stark contrast from his daily life as a wealthy Upper East Side kid and a senior at Collegiate on the Upper West Side, arguably New York’s most prestigious all-boys school with annual tuition just south of $60,000.

When he’s not rubbing elbows with other children of the elite in math class, he reportedly splits time between a palatial Upper East Side pad and a swanky Hamptons abode in the coveted Water Mill area. Both properties (estimated to be worth $12 million combined) are owned by his father, longtime funeral home director Peter DeLuca (who has appeared on his son’s TikTok) — though we should note that numerous Reddit users are incorrectly convinced Mabu is the spawn of a record executive, hence his sudden success.

While Mabu is far from the only aspiring entertainer who has benefited from a family fortune (see: the never-ending “nepo baby” discourse), his specific style of music has raised quite a few eyebrows. Drill rap, a subgenre of hip-hop which originally gained notoriety in Chicago and London, has been a staple of New York for years now.

Due to its lyrical content, many have pointed fingers at the music for instigating community violence — including the high-profile murder of Brooklyn drill pioneer Pop Smoke back in 2020. Even party-loving Mayor Eric Adams has spoken out, asking social media platforms to ban the genre after the death of 18-year-old rapper Chii Wvttz in February 2022 (his remarks were met with controversy, causing conversation resembling the gangsta rap debates of the 1990s). Despite naysayers, the drill scene has continued to penetrate the mainstream, with Bronx rapper Ice Spice even being dubbed “rap’s new princess” by the New York Times (she recently liked a few of Mabu’s Instagram posts, for what it’s worth).

Despite loyal fans who flood his comments section with support every time he drops a freestyle, there are plenty of people who have dubbed him a “culture vulture” and “industry plant.” After all, he is a wealthy white boy in the drill rap scene. Will he choose to follow in his classmates’ footsteps and end up in the hallowed halls of an Ivy League institution, or stick to the mean streets of the UES? Only time will tell.

A Block Party at The Met