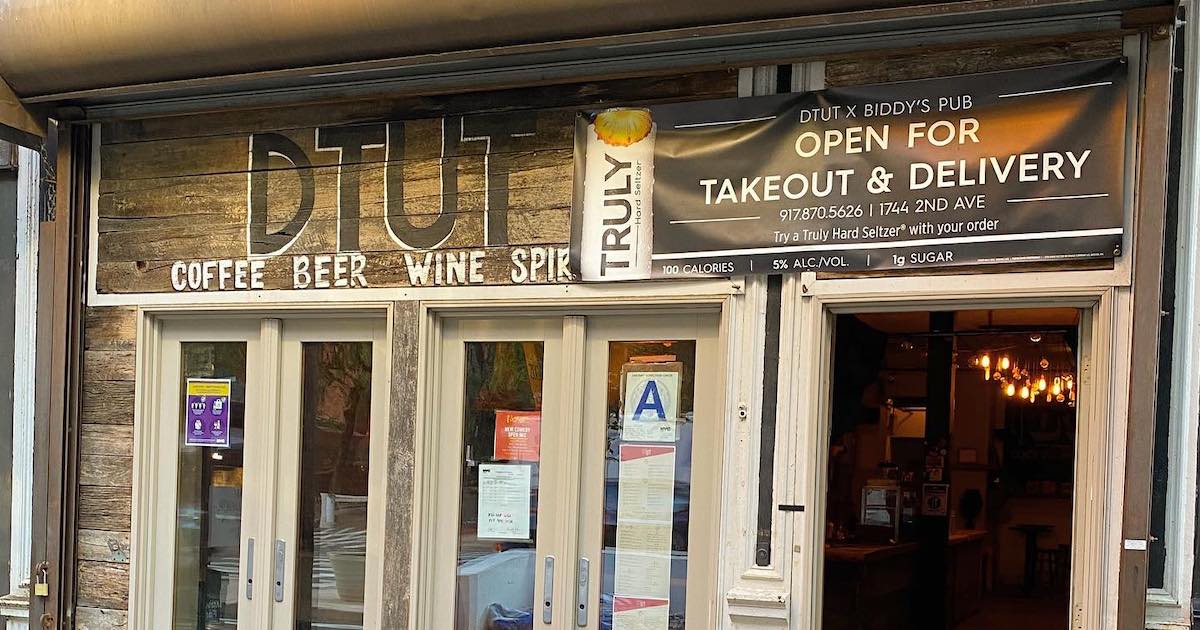 DTUT — the popular café that doubles as a night time bar — is closing “due to an inability to extend the lease with the landlord,” according to legal counsel Ben Korngut.

But once the lease at 1744 Second Ave (between 90th and 91st streets) expires, owners J.J. McHugh and Barry Spellman will be relocating to a new space at 1664 First Ave, between 86th and 87th streets, the former site of East End Bar & Grill which closed in June 2021 and reopened at 1672 Third Avenue in September.

At a recent Community Board 8 meeting — in which committee members reviewed and voted on a number of liquor license applications — the primary concern amongst board members was potential noise complaints.

The new pub, which plans to operate Sunday to Wednesday from 12pm – 2am and Thursday through Saturday from 12pm-4am, received push back from board member Loraine Brown, who expressed worry over a late-night bar operating in a largely residential area.

McHugh and Spellman obtained a total of six signatures from neighbors who support their opening. Three were from residents within the six-unit building where their pub will reside, and another three from residents who live within a two-block area. Korngut also emphasized that the pub’s hours would be a reduction from when East Side Grill operated the space, as the former tenant stayed open until 4am seven days a week.

In order to keep noise to a minimum, the owners agreed to close the pub’s windows at 10pm every night, and to turn down the music at midnight. They also pointed out that there’s sound proofing in the ceiling, and on nights they host comedy events, security will be working the door.

“Our record should speak for itself,” said Spellman, noting that in the 19 years Biddy’s Pub has been open they’ve had a quality relationship with the neighborhood with minimal complaints. The team also made clear that there won’t be outdoor seating, something that East End Grill had which created some noise for neighbors.

Community Board 8 voted in favor to approve the new pub’s liquor license.

We reached out to the DTUT team to see when they’ll officially be leaving their current space and opening their new one. We’ll keep you posted once we learn more.