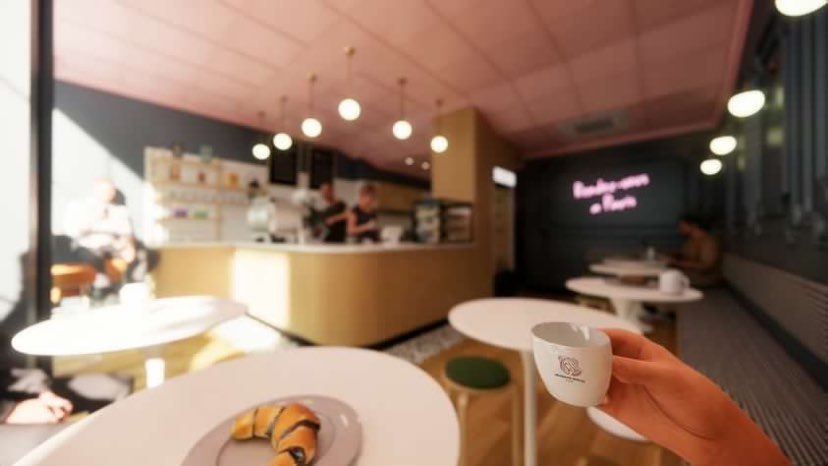 Parisian-style café Madame Bonté has become a neighborhood favorite since launching in the midst of the pandemic in 2020.

Though there’s no shortage of coffee shops and über-cute storefronts doling out delicious pastries on the Upper East Side, this sibling-owned business has swiftly made a splash in the community. With two current locations – the first at 1834 Second Avenue between 94th and 95th streets, the second at 318 East 84th Street between First and Second avenues – Madame Bonté is set to expand slightly further downtown with a third location at 205 East 66th Street, expected to open this spring.

Madame Bonté was initially known as an afternoon destination for coffee, croissants, sandwiches and Kouign-amann (a buttery French delicacy). But then the 84th Street location expanded into the evening hours, serving light dinner options and Thursday “wine flight nights” on the lower level. And speaking of the lower level, the substantial space is decked out with trendy decor and a neon sign begging to be Instagrammed — but it’s also home of Madame Bonté’s slightly controversial “no screens” rule. While laptops are perfectly welcome upstairs and on the backyard patio, once you descend the steps, it’s time to shut down the computer and engage in actual conversation. “Daydreaming” is encouraged as well, for what it’s worth.

Co-owner Deniz Karafazli tells us the menu at 205 East 66th Street will be the same as the 84th Street location, and they’ll be serving wine and beer as well. “The concept will be an updated version of our 84th St. location but at a smaller and cozier space,” Karafazli said.

Regarding the screen policy, Karafazli says “We plan to have one big table where people can use their laptops and keep the rest screen free.”

We’ll keep you posted on further details, but in the meantime, here’s some info on the existing two locations.