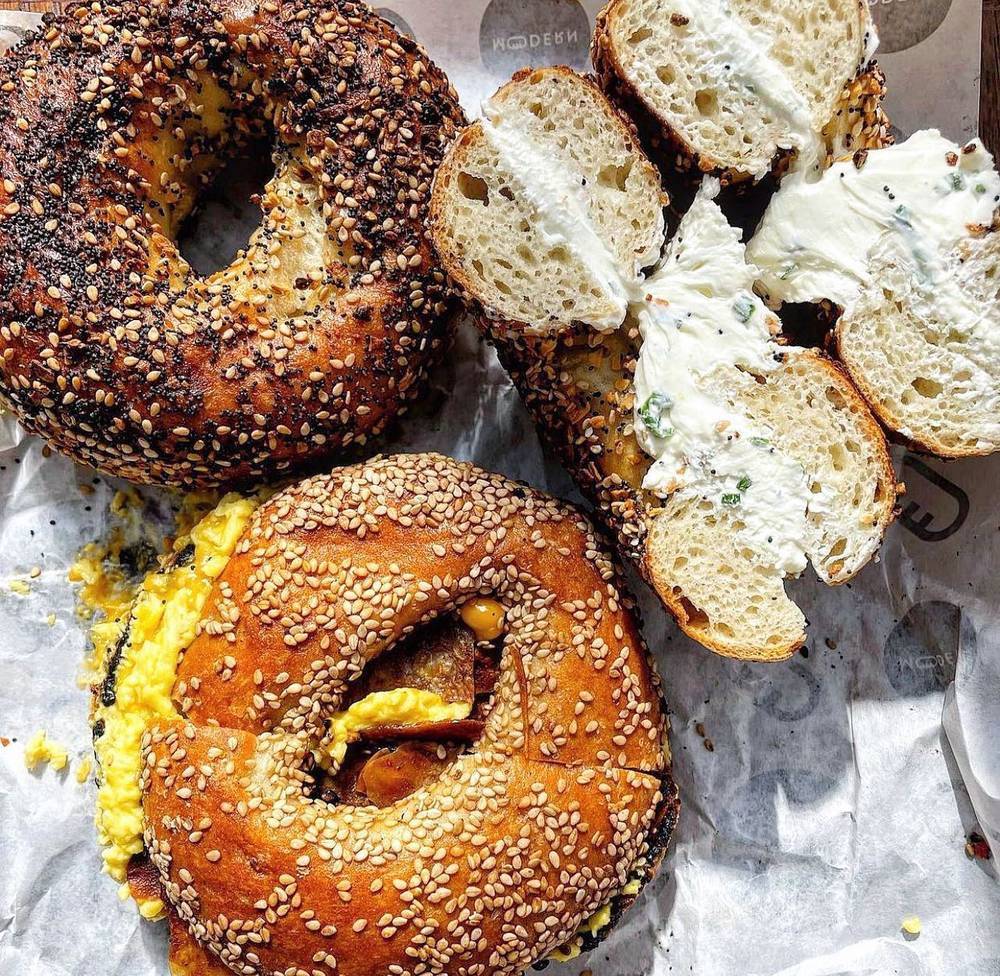 The owners of Modern Bread and Bagel – a popular gluten-free destination with locations on the Upper West Side, Chelsea and Los Angeles – have leased a space at 1427 Third Avenue, between 80th and 81st streets.

The kosher and gluten-free bakery has made a big splash since opening its original location on the Upper West Side in 2019; offering bagels, cakes, pastries and more. Earlier this year, Modern’s bagel was ranked third best in the city, and the eatery has been mentioned on Live with Kelly and Ryan, in US Weekly, and in numerous kosher and gluten-free guides to the city.

However, per a phone call with the owners, the exact concept for this space has yet to be announced. “It will be Modern Bagel-ish,” East Side Feed has been told. Other restaurants by the same owners include Thyme & Tonic, a primarily vegan bar and restaurant on the UWS, as well as a new dinner concept, Modern @ Night.

The 1,000 square foot Third Avenue space was formerly home to Casa Pizza. Per its website, Casa Pizza was previously known as Lunetta Pizza & Restaurant, which does maintain a location on the Upper East Side. The space at 1427 3rd Avenue is a straight shot from the Metropolitan Museum of Art and is sandwiched between iconic New York bakeries Breads and Levain, so a nearby gluten-free, kosher option may be a perfect fit.

The owners indicated it may be a while before this new space opens, but their other locations do ship nationwide. They also sell “Blends by Orly;” the gluten-free wheat flour replacement used in their own baked goods. The blends were developed by restaurant owner Orly Gottesman, who received her patisserie training from Le Cordon Bleu Culinary Arts Institute in Sydney. So, if you want your gluten-free fix today, you can always visit their other locations and concepts, or try out one of their recipes at home!

We’ll provide an update once we know more.