At a recent Community Board 8 Zoom meeting, members of the Street Life Committee reviewed liquor license applications from several bar and restaurant owners who are hoping to open their doors soon.

A company called American Pizza Inc is hoping to open an establishment which, it’s been clarified, will not actually be a pizza place. The owner, who was unable to attend the Zoom meeting, is hoping to open a bar at 1154 First Avenue, between 63rd and 64th Streets. This space was formerly occupied by The Spotted Dog, and according to the company’s liquor license attorney, they’re looking to create something similar. 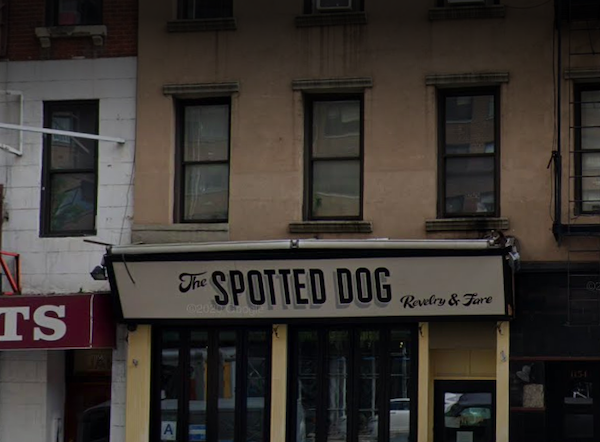 It’s unclear what the name of the bar would be, but the company name, American Pizza Inc, was apparently a previously filed corporation which served another purpose, most likely related to pizza.

The first and primary concern expressed by committee members was that the unnamed future bar’s owner is hoping to stay open until 4am daily – and to have an “occasional karaoke night,” according to the attorney.

Another concern was that he didn’t show up to the meeting, but several false alarms seemed to indicate he had tried to tune in but had some issues with Zoom.

Communicating through his attorney by text, he said he would sacrifice the karaoke machine if it was a deal breaker.

Additional plans include a pool table and enough space to serve 74 people.

Towards the end of this part of the meeting, committee members suggested postponing the application until September. 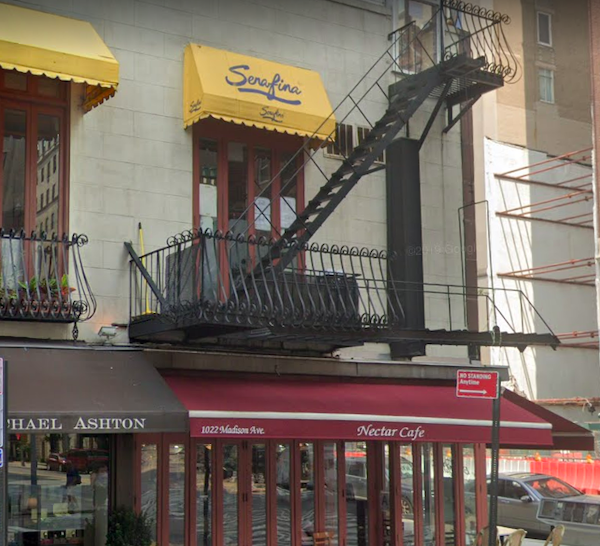 A representative said it will be a “Roman-style cafe” serving “pastries and small bites and sweets; cappuccinos [and] espressos in the mornings.” Additional fare will include small sandwiches, paninis, toasts and salads. The interior space is small, measuring about 400 square feet, which will be complimented by 14 planned outdoor cafe seats. The committee unanimously voted to approve Bar Penelope’s liquor license application. (Thanks to ‘Upper West Sider’ for the tip).

The owner of Hiramasa Restaurant Venture LLC is hoping to open an upscale omakase bar at 1312 Madison Avenue, between 92nd and 93rd Streets, on September 1st. He says they’ve hired a Michelin-starred chef and that the restaurant will have two sushi bars on two separate floors, accommodating 29 total seats. The previous occupant at this location was Le Paris Bistrot Francais (which was previously called Bistro Du Nord). 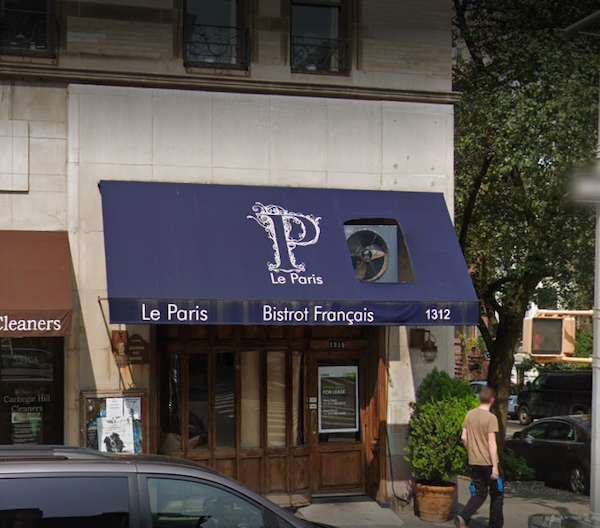 Hiramasa’s owner said he took over and revived the space after Le Paris Bistrot Francais was unable to reopen due to financial issues. The committee voted unanimously to approve Hiramasa’s liquor license application.

Lastly, the owners of Calabrije’s Margaritas and Tacos were happy to get a quick approval on their application. This upcoming Mexican restaurant, popular for its margaritas, will be opening at 1619 York Avenue between 85th and 86th Streets. Their space will accommodate 32 total seats.