The grass isn’t always greener. And for a long time at Andrew Haswell Green Park, it hasn’t been green at all. But change is on the horizon.

“An unsightly lawn in an East Side park will be greenified through new grass plantings and irrigation work, city officials announced Friday, heeding a demand by neighborhood advocates to fix up the drab space,” Patch reported. 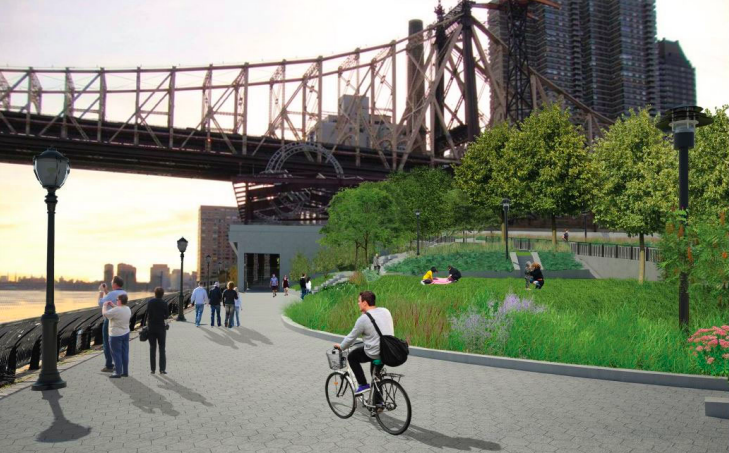 The Alice Aycock Pavilion, located at East 60th Street along the East River, has long welcomed live music performances and other events since its dedication at Andrew Haswell Green Park on November 6, 1995. All those memorable moments have taken their toll. The grass under the 80-foot aluminum red helix “inspired by the weightlessness of Fred Astaire’s dancing” has turned from a grassy haven to a dirt field.

Poor hydration is to blame. Renovations to the park include the pavilion and are part of the city’s $100 million plan to extend the East River Greenway. But the plan didn’t include any funds to address the lack of irrigation. Upper East Siders addressed this concern at an April 2021 Community Board 8 meeting. The board unanimously united in its call to the city to keep the green space hydrated and to fix the park’s broken water fountain. 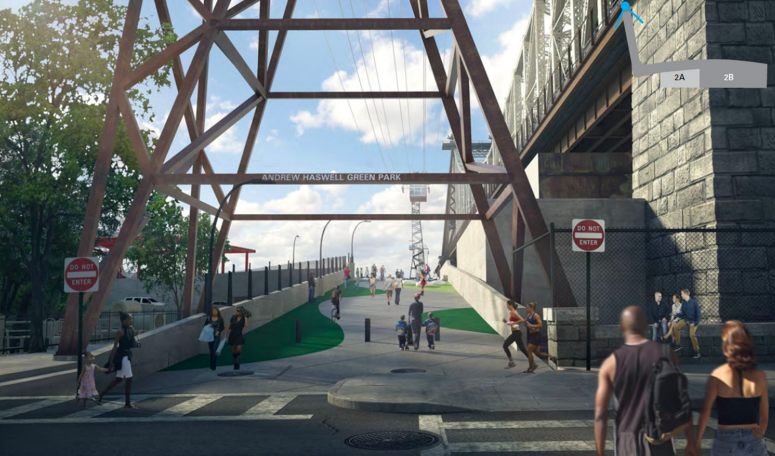 Julie Menin, who has been hard at work for the neighborhood since taking office in January, took to Twitter on February 11 to announce that the City’s Parks Department agreed to greenify the Pavilion’s greenery. A full resodding effort is expected this spring and will be paired with the installation of the much-needed hydration system for long-term relief. 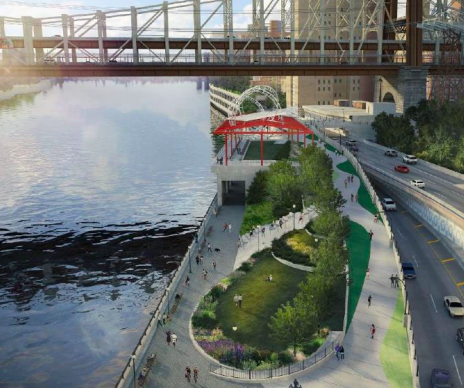 “Meanwhile, Andrew Haswell Green’s dog run, whose faulty drainage system had prompted complaints, will be resurfaced and connected to existing sewer lines,” according to Patch. Though the original revamp of the park was earmarked in the $100 million plan, it appears this new agreement is not part of that plan. The funding and the exact start date are not known at this time.