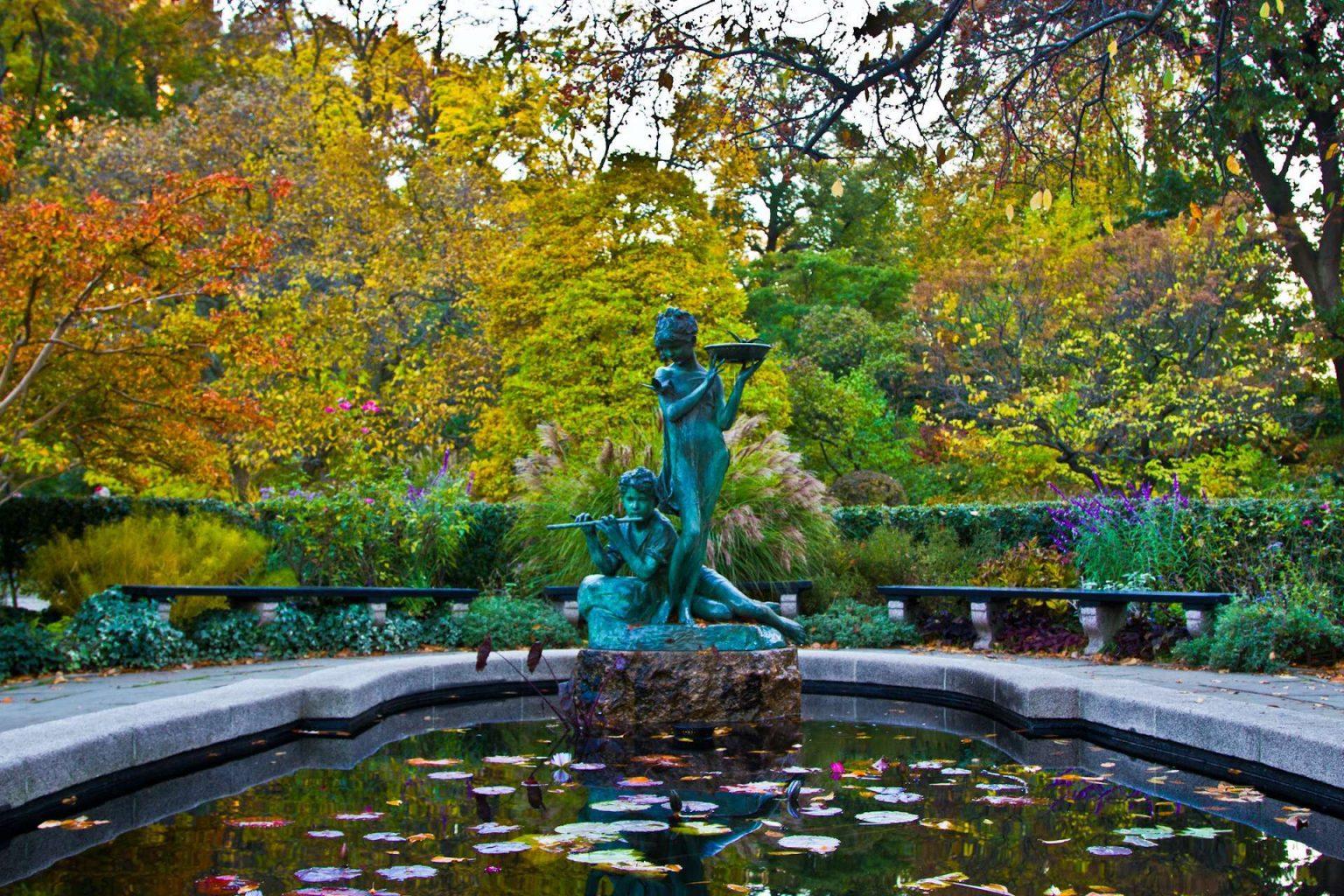 Manhattan’s biggest green space is packed with over 18,000 woody plants and 170 species of trees across its 843 acres. Its dedicated team of expert arborists manage and care for it all on a daily basis. This group, in concert with the Central Park Conservancy, has created an interactive map to make it easy for anyone looking to soak up some local autumnal flavor.

The foliage map is divided into eight locations across the park:

It is also broken down into three categories – pre-peak, peak, and post-peak. Spoiler alert: each location is pre-peak right now, but the maps will be updated throughout the fall.

The Central Park Conservancy, the nonprofit whose mission “is to preserve and celebrate Central Park as a sanctuary from the pace and pressures of city life, enhancing the enjoyment and wellbeing of all,” featured eight different trees this season including the Red Maple, Tupelo, Sweetgum, American Elm, Bald Cypress, Black Cherry, Crabapple, Kwanzan, and Yoshino Cherry.

For anyone wondering which tree offers that bright orange glow seen all over the park and the city, it’s the Sugar Maple Tree. You can find it on the West Side near The Pool, south of Tavern on the Green, mid-park on the east side of the Sheep Meadow, and southeast area of the North Meadow.

“There are dozens of sugar maples—which turn a spectacular orange—throughout Central Park, and various New York City parks contain this species. Other maples are found in the Park as well, including the red maple, Norway maple, and sycamore maple. This genus of trees is known for its tasty syrup, its presence on the Canadian flag, and its beautiful autumn colors.”