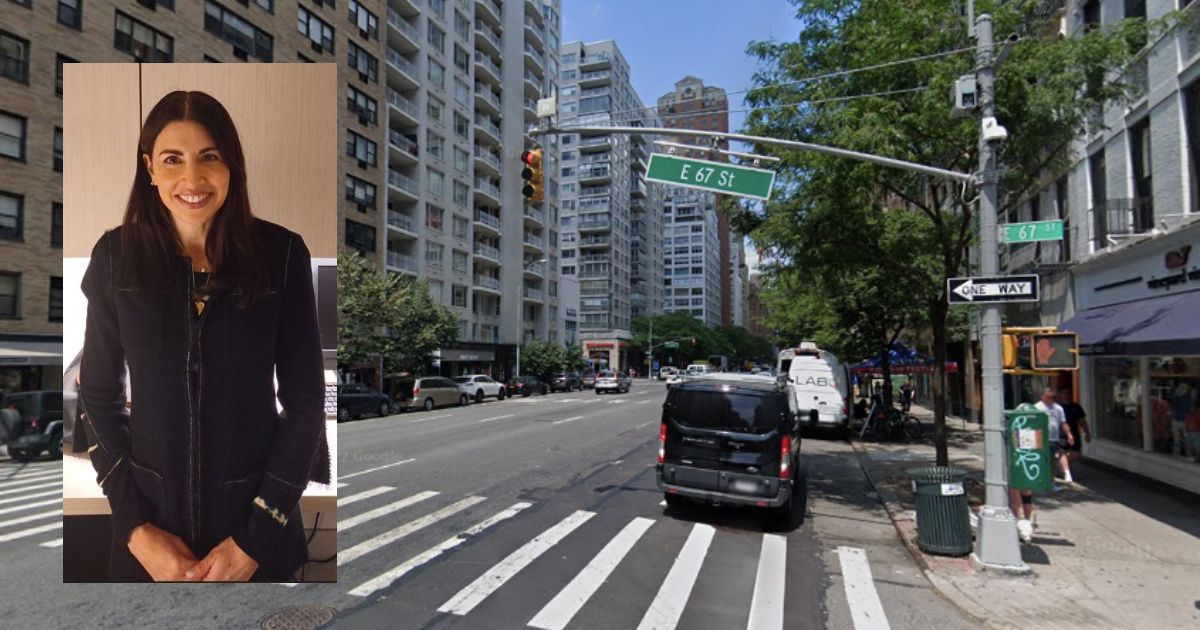 Pamela Garber was assaulted on East 67th Street earlier this year. Now, she’s building an app to prevent this from happening to others. (Never Walk Alone – NYC™ / Google Maps)

Time ripens all things. Back in June, we reported that Upper East Sider Pamela Garber had been attacked on East 67th and Third Avenue by a woman in a buzz cut wearing a tie-dye shirt. Now, Garber tells us she’s working on a brand-new app called “Never Walk Alone – NYC” to connect New York City walkers with escorts upon request. She’s looking for investors.

“Think of a carpool situation where people are going to the same place or a close place at about the same time,” said Garber in a press release issued to East Side Feed. “By using the Never Walk Alone app, members are combining walking routes to create a safer situation than walking alone.”

Garber detailed how New York City locals looking for walking assistance would also be able to request security services from off-duty NYPD officers, as well as regular civilian “companions” through the app. “Running companionship” for joggers — as well as “companionship for errands and assistance with doctor appointments” — is also on the conceived offerings slate.

To her credit, Garber tells us this has been a proactive idea she had well before her attack in June 2022. “At the end of 2019, my treasured long walks to work downtown in the Financial District from UES became suddenly unsafe. I started taking the train again,” said Garber. “After the assault, my motivation for turning the concept of organized walking companies as a means of achieving personal security while maintaining our city way of life felt reinforced.”

By day, Garber is a therapist who’s been hearing scores of accounts about bubbling anxieties amongst NYC residents. She told us, “For the past two years, I’ve heard my clients recount stories such as witnessing a stabbing on their train, being followed for three blocks before begging a security guard for help and being mugged after leaving Whole Foods.”

When asked if the attack Garber went through earlier this year — when she took several hard punches to the head before escaping — had an ongoing effect on her, Garber told us, “Yes, definitely. I was always cautious and aware of my surroundings, but now my vigilance is heightened. I feel fearful at times because of the unpredictable nature of the people out on the streets who would assault. Mostly homeless, but not all.”

Garber believes there’s an element of randomness when it comes to street attacks. “The reality is that the old predictable risks from displaying possessions, money or being in rough areas no longer apply in that every area is open season without rhyme or reason to what could set someone off. The police are less visible. I’m not seeing them the way I used to. I feel fearful for my loved ones and friends too,” she said.

Joby Aviation, a venture capital-backed aviation company that’s currently working on an electrical vertical takeoff and landing aircraft that it intends to leverage as an air taxi service, is one of Garber’s dream partnerships to back her app. “I think Never Walk Alone – NYC could be an appetizer for their eventual entrée.”

Garber has been published in American Thinker, the Epoch Times and the American Management Association. She’s also been on radio talk shows, including The Michael Harrison Wrap.

Investors looking to fund the programming for the app can contact Garber at pamelagarber@gmail.com or 646-745-6709.